The tiny seaside village of Tristomo is the most remote village of Karpathos Island and probably one the most remote villages throughout Greece. It lies on the eastern end of a natural bay at the northernmost point of the island and is inhabited by only a couple of families. There is no road to the village and the only way to get there is either by sea or on foot. What makes Tristomo so special, is the fact that the village has no electricity or water neither any other facilities. The place it totally unspoiled and takes you to another era, giving you a taste of life on the island some decades ago. It offers peace and breathtaking views of the bay and is definitely an exciting place to visit.

There are no regular boats to Tristomo and the best way to get there is by hiking an ancient trail which begins from Avlona village. Despite being so small, there are a few awesome things to see. Near the village was the ancient coastal settlement of Vroukountas and in the bay the Italians had built a small naval base. There are also some interesting structures in and around the village such as an arched Byzantine building with the remains of some old houses to the right of the entrance of the port.

The bay is the natural habitat of many fishes and a safe shelter for many migratory birds. It also hosts one of the largest populations of the most critically endangered marine mammals in Europe, the Mediterranean monk seal Monachus monachus. Furthermore, the biodiversity in the area is rich, consisting of numerous rare and endemic plant and animal species. Due to its significant ecological role, the whole area of the northern part of Karpathos along with the island of Saria, is protected and part of the Natura 2000 Network. 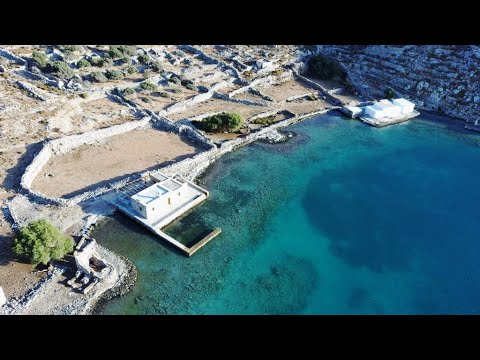