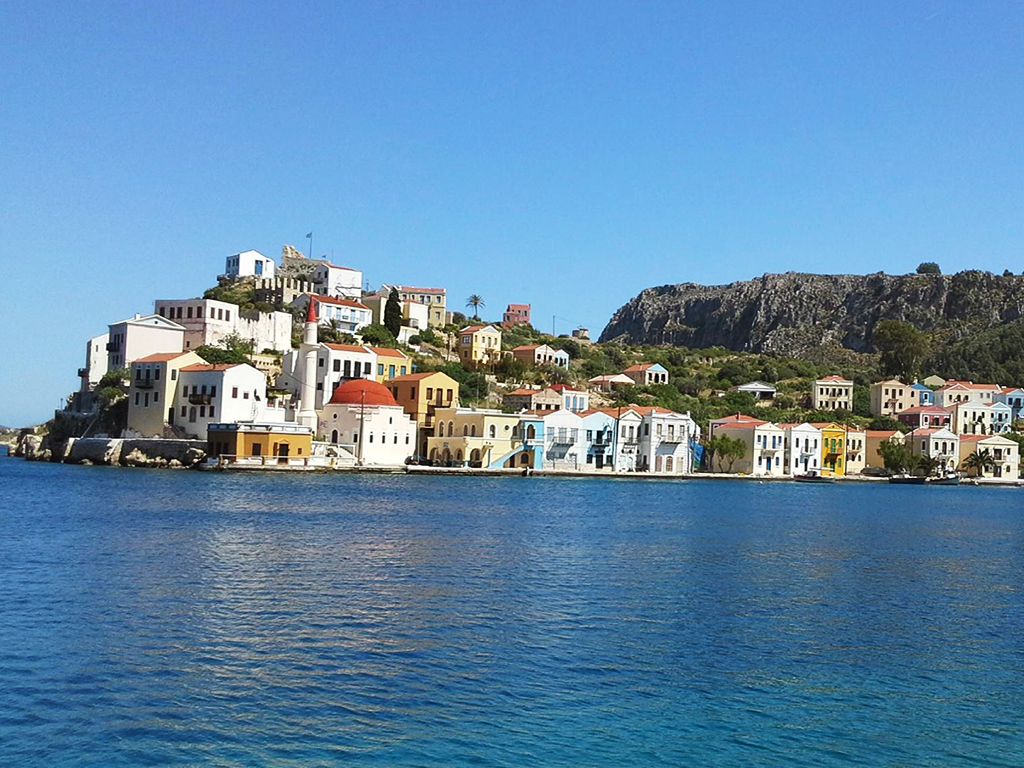 The small town of Kastelorizo having retained so much of its charm with its colorful neoclassical houses, looks like a painting. Its old two and three-storied mansions with their colored shutters, built amphitheatrically around the port are authentic examples of traditional Dodecanese architecture and reflect their colorful facades on the sea. Many of the mansions fell into ruin after their owners chose to immigrate years ago, mainly to Australia and others were destroyed during World War II. It is the only populated settlement on the whole island and it has three districts Pigadia, Chorafia and Mandraki that still retain their atmosphere of a century ago.

The town which has been declared as a preserved settlement by the Ministry of Culture, is located on the northeastern side of the island. Apart from the beautiful mansions with the wooden balconies, imposing churches and cobblestone alleys make the walk around the town's quarters a wonderful experience. At the edge of the harbor, you can find the imposing red rock with the medieval Castle of the Knights or Castello Rosso standing on the top. From the castle where the Greek flag flutters, the view of the harbor, the nearby islets but also of Kas, the ancient Antifellos and the opposite coast of Turkey is amazing. The well-preserved Lycian tomb of the 4th BC. is curved on a rock below the castle.

In Pigadia, the most central district, stands the large church of Agios Georgios (St. George), built in the late 19th century. Right next is a monument dedicated to the wreck of the Empire Patrol, the British ship that transported Greek refugees from Port Said, Egypt, back to the island during the Second World War and sank in September 1945, leading 33 people to death. In Pano Meria, the other district of Kastelorizo with the panoramic view, stands the famous "Blue House" mansion, known from the Oscar-winning film "Mediterraneo", which was shot entirely in Kastellorizo in 1991.

Worth visiting is the Town Hall and the Nea Agora that were built in 1934-1935, two-arched architectural jewels. One of the most remarkable buildings is the Santrapeia Urban School of 1903, an identical copy of the neoclassical building of the University of Athens. Do not miss the old Italian headquarters and the Ottoman Mosque, built in 1753, which served as a place of worship until 1913 and now houses various exhibitions. Above the picturesque port of Mandraki is the church of Constantine and Helen, the island’s patron saints built in 1835. The church is the cathedral of the island and a typical example of a three-aisled basilica with a beautiful external bell tower. In the same square we find the bust of Despina Achladioti, the famous "Lady of Ro".

Kastelorizo ​​is a car-free town. Life flows quietly since the rhythms are far more relaxed from those of the city. In the few tavernas visitors can eat fresh fish and taste local delicacies. Agios Georgios of the Mountain
Monasteries 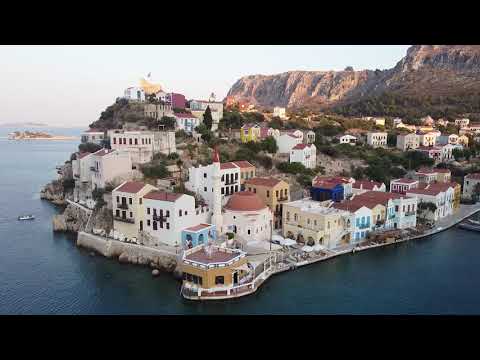