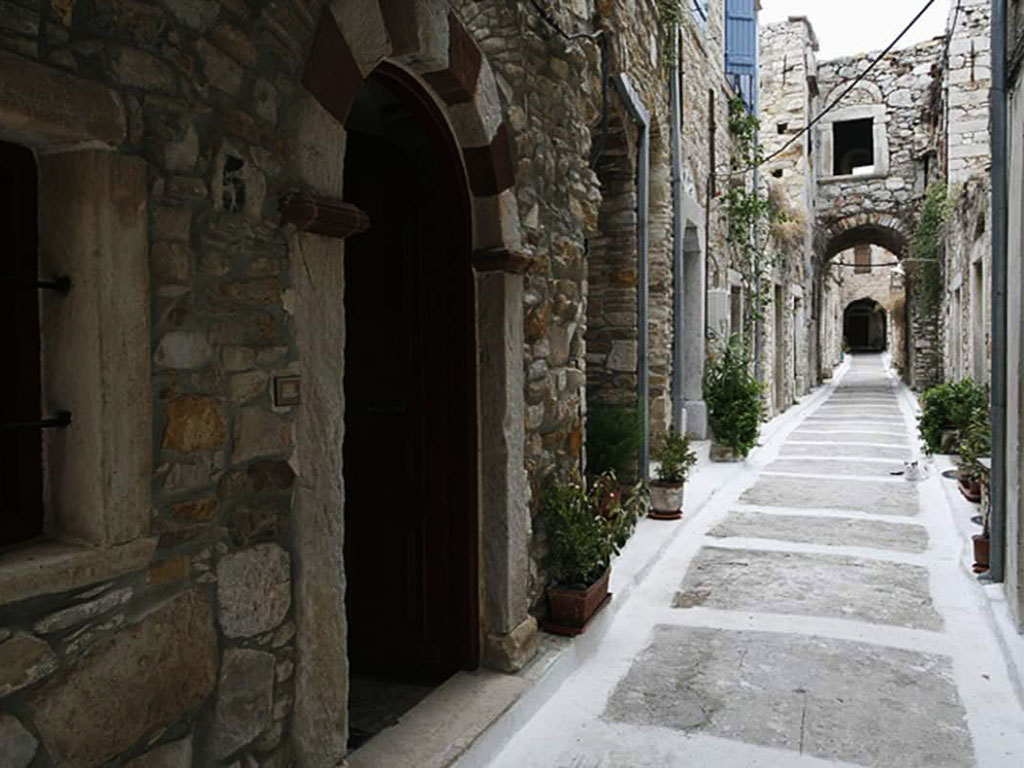 Kalamoti is an old, medieval village of Chios, located at the southeast part of the island. It stretches out on a fertile plain and is one of the 21 mastic villages of Chios. Kalamoti was built during the Genoese period (14th -16th century) and formed like a fortress in order to protect the local population against pirate invasions. The village was invisible from the sea, just like the rest of the mastic villages in the same area.

The main elements of the village’s layout were its closed quadrilateral shape, its uninterrupted defensive wall formed by the external walls of the outlining two-storey houses, the few and narrow alleys, the small public places and a multitude of churches. Some of the alleys are plain while others decorated with beautiful flowers. The houses are stone-built and most have carved doors. In the center of the settlement there was a tall tower that one can still see today. The village flourished till the devastating earthquake of 1881 that caused severely damage to the whole village. Elements of the medieval form and architecture are still preserved; however, many buildings have collapsed while others are in ruins. Due to its historical and cultural value, Kalamoti has been listed as a protected settlement by the Ministry of Culture since 1988.

The village is 24 km away from the city of Chios and is mostly inhabited by mastic farming families. Near Kalamoti is the Agriolopousena church with fine frescos of the 14th century, the ruined Zyvos Tower, the Byzantine church of Panagia Sikelia and the church of Profitis Elias, atop a hill offering a magnificent view. Just 3 km away, lies the seaside settlement of Komi with its cosmopolitan beach, one of the most popular on the island. 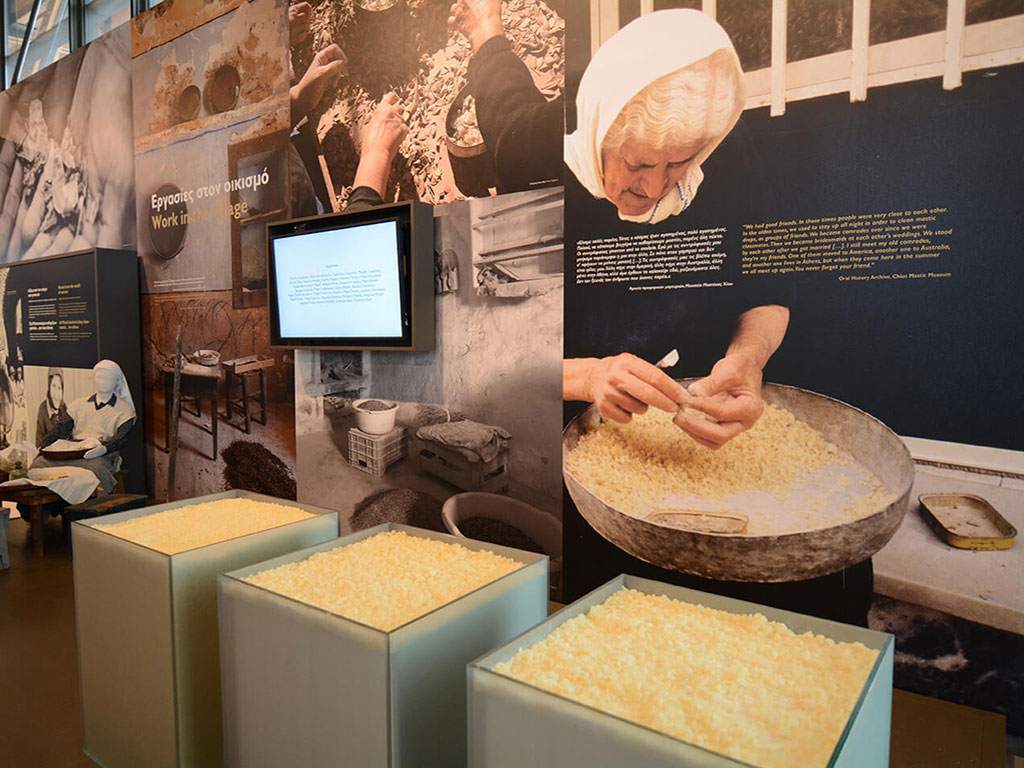 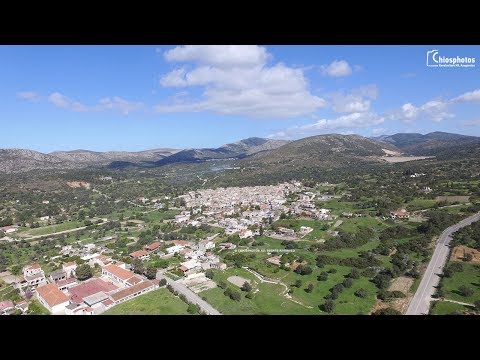