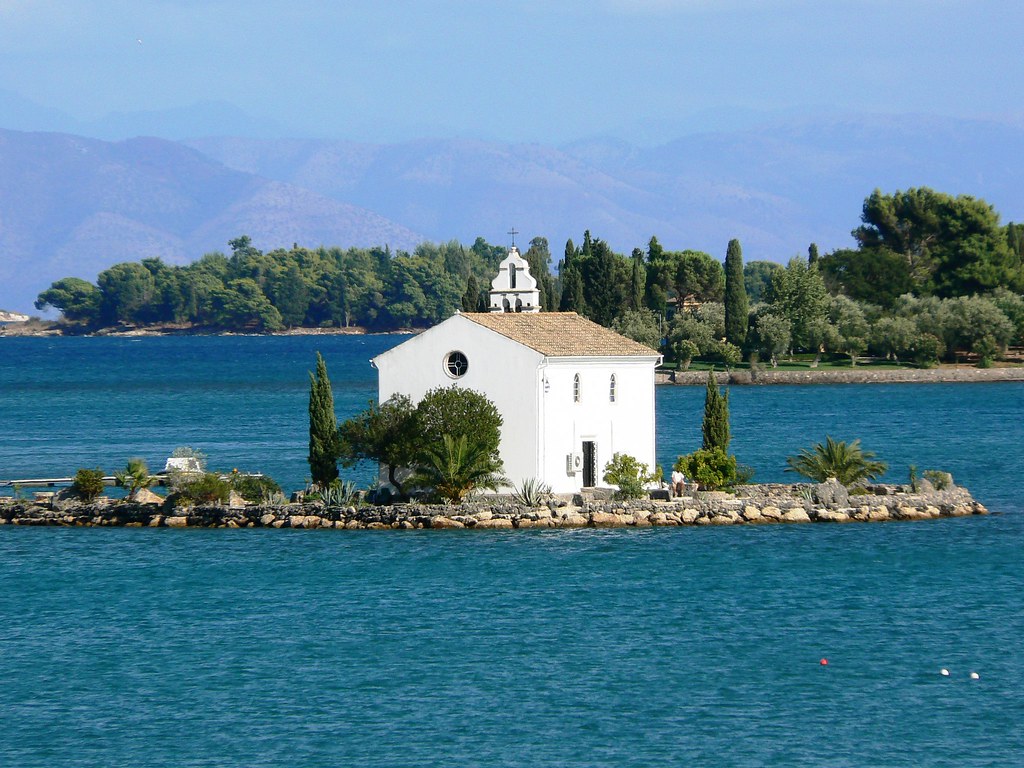 The historic church of the 18th century, is built on a small islet that is connected to the peninsula with a 60-meter-long path. It is a mini-imprint оf the famous Vlасhеrnа Mоnаstеry and from above looks like it floats in water. It is one of the most picturesque churches of Corfu and is located in the gulf of Gouvia, opposite the marina. The church does not have the glamor of the Vlасhеrnа Mоnаstеry despite its unique beauty.

Its marble carved iconostasis, painted by the nuns of the Pantokrator monaster in Agros, the three doors and the four Despotic icons are really impressive. The Church of Ypapanti, formerly called the Church of “Pentecost”. According to historical reports it was built during the Venetian occupation in 1713, by Daniel Kompitsi, a descendant of an aristocratic family from Crete who moved to Corfu after the conquest of "Chandakas", today's Heraklion.

It celebrates every year on February 2. It is a very popular church for weddings and baptisms where during the summer months, Greeks and foreigners give vows of love at this idyllic church. 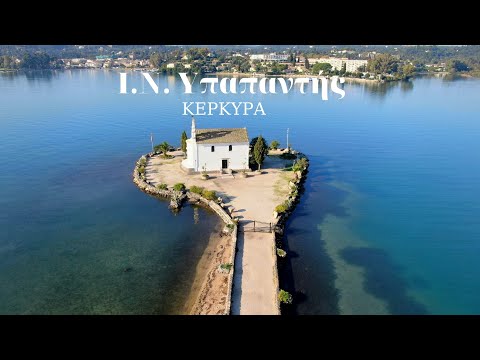