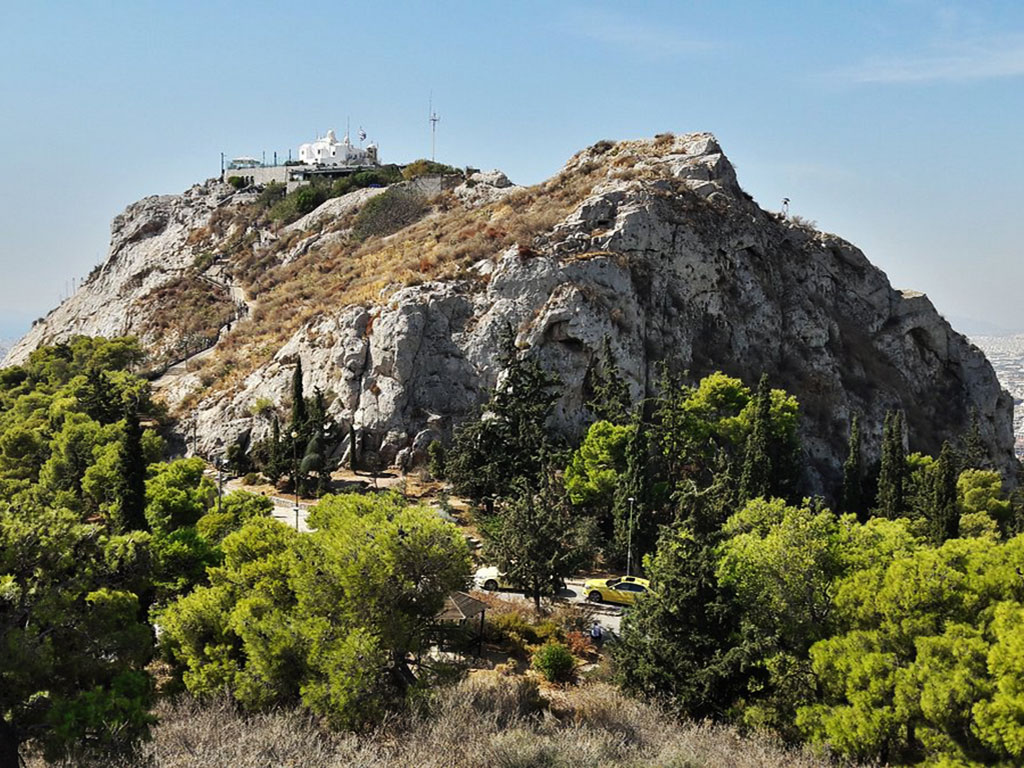 Agios Georgios is a single-aisle, domed basilica perched at the top of Lycabettus Hill, in Athens. The small whitewashed church was built in the late 18th century, on the same spot where there once was a Byzantine Church, and before that, it is believed there was a temple dedicated to Zeus. When the first church was ruined, the new temple was built on the same foundation. Inscriptions at the church indicate that there was once a small cemetery at the site as well.

The bell tower was built in 1902 with a donation from Nicholas Thon, a wealthy landowner and the large bell was donated to the church by Queen Amalia. Today, there are two chapels lying adjacent to St. George, one dedicated to the Prophet Elias, the other to St. Constantine, both built around 1885.  From the yard of the church, you can enjoy magnificent view Athens. Near the church operates a restaurant and a cafeteria.