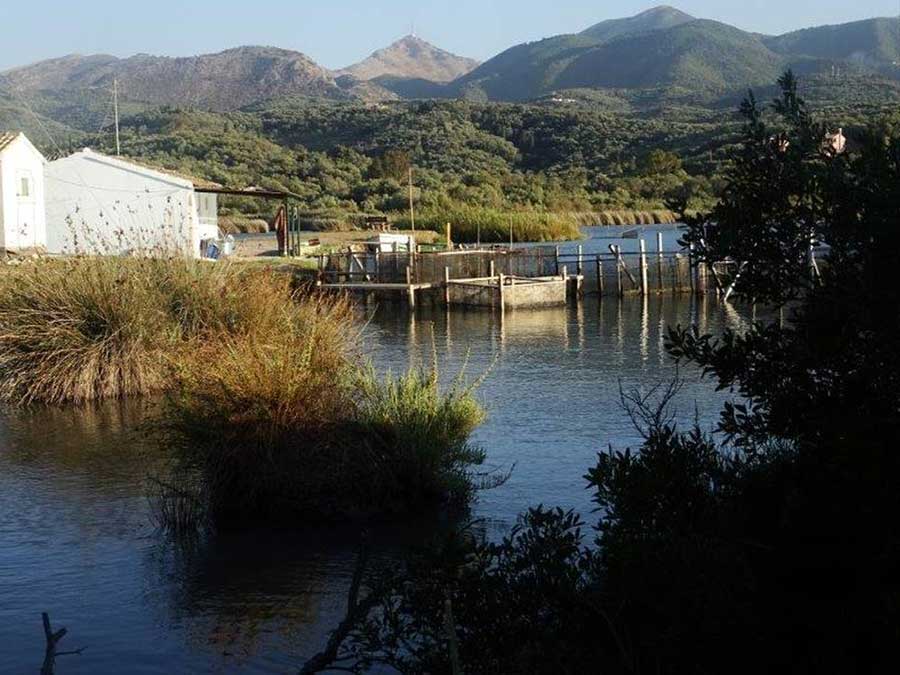 The lagoon of Antiniotis is one of the most beautiful and natural landscapes in Corfu and an extremely significant wetland, in the north-eastern end of the island, between the beach of Agios Spyridonaa and the beach of Almyros and 3.4 kilometers northwest of Arachavi.

The wetland has an area of ​​nearly 990 acres, of which the water surface is about 400 acres and the rest of the marshy land, known as the Kounoufadi marsh. The lagoon communicates with the sea with two orifices. One in the west (Paliobouka) with a 200-meter channel and one in the east (Agios Spiridonas) with a 100-meter channel. It is fed with fresh water from springs in its southern part and a series of small torrents. Its catchment area occupies most of the northern part of Mount Pantokratora.

It is a place filled with wild flowers and reeds, as well as aquatic plants which are not encountered in any other part of the Ionian Islands. More than 44 species of migratory birds have been recorded by scientists in the lagoon of Antiniotis, including among others herons and cormorants, 3 amphibian species and 10 reptile species. The rarest species you can find in the region is the otter which lives in great population in the Lagoon.

In the lagoon of Antiniotis you can find sixteen different species of orchids, the area is full of flowers and wild vegetation offering an exceptional landscape for strolling. The lagoon is also famous for its large fish pond where, traditional ways of fishing are used. The fishermen’s catch in the lake is comprised mainly of eels, stripped gray mullets and sea brasses.