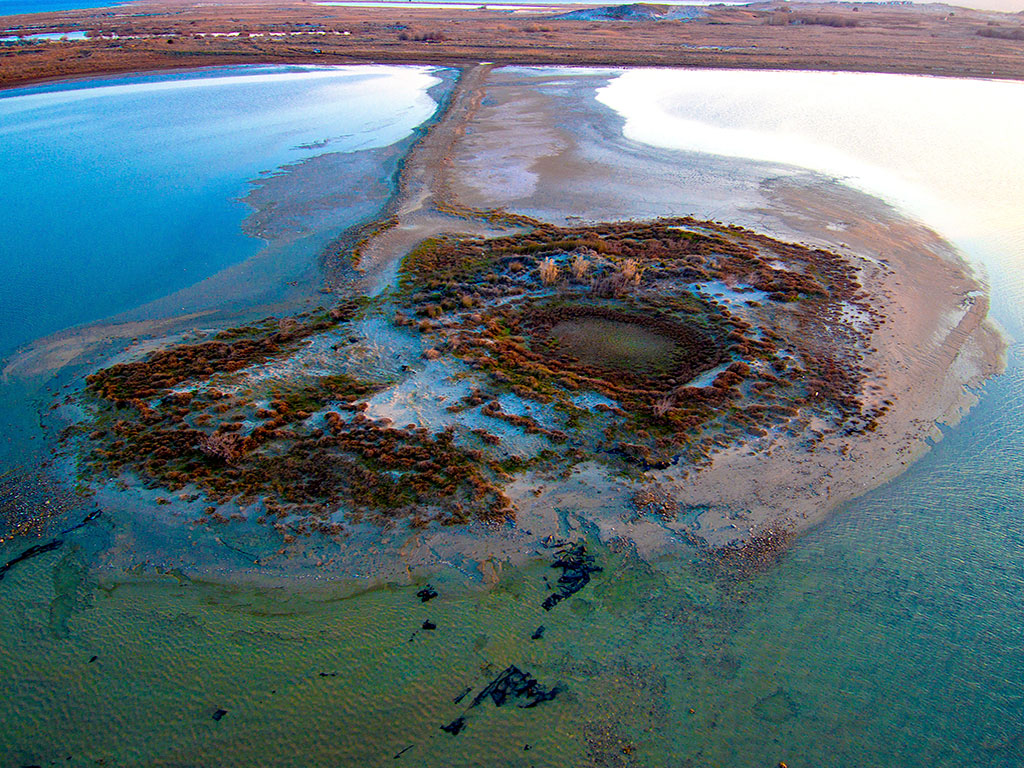 Aliki is a coastal salty lagoon in the northeastern part of the island of Lemnos, east of Agios Alexandros. It covers an area of 6300 acres and communicates with the sea through a very narrow canal. Between the sea and the lagoon there is a zone of sand dunes, 2 km long and 150 meters width. The area has been designated as a SPA Special Protection Zone according to Directive 79/409 / EEC due to its high ornithological value.

During most of the year Aliki is filled with sea water but dries up during the summer turning it into a salt marsh. Along with the neighboring brackish lakes Chortarolimni and Asprolimni which are situated on the east side of the island, it is one of the most important wetlands of Lemnos. Aliki is the largest of the 3 lakes and it hosts a severe number of avifauna during wintering and migration (135 species). In Aliki has been observed one of the largest flocks of pink flamingos in Greece with a population of about 5,000.

The lagoon has not been affected by human interventions, as a result of which it maintains a large number of rare and endangered species of birds, protected by international conventions and Greek law. The surrounding area is covered by low vegetation where at least 14 species of flora grow. It is part of a network that creates a key migration "corridor" for many aquatics, coastal species that come from the north and Asian species that stop here during migration. The best time to observe the birds is spring and autumn.

In the old days, people from all over the island, used to come to Aliki to collect salt that was necessary for the preservation of food. Even today many people come for this reason but not as many as in the past. During World War II, the Germans had set up a minefield in the area. After the end of the war, many local fishermen, were killed trying to extract dynamite from the landmines in order to use it in fishing.