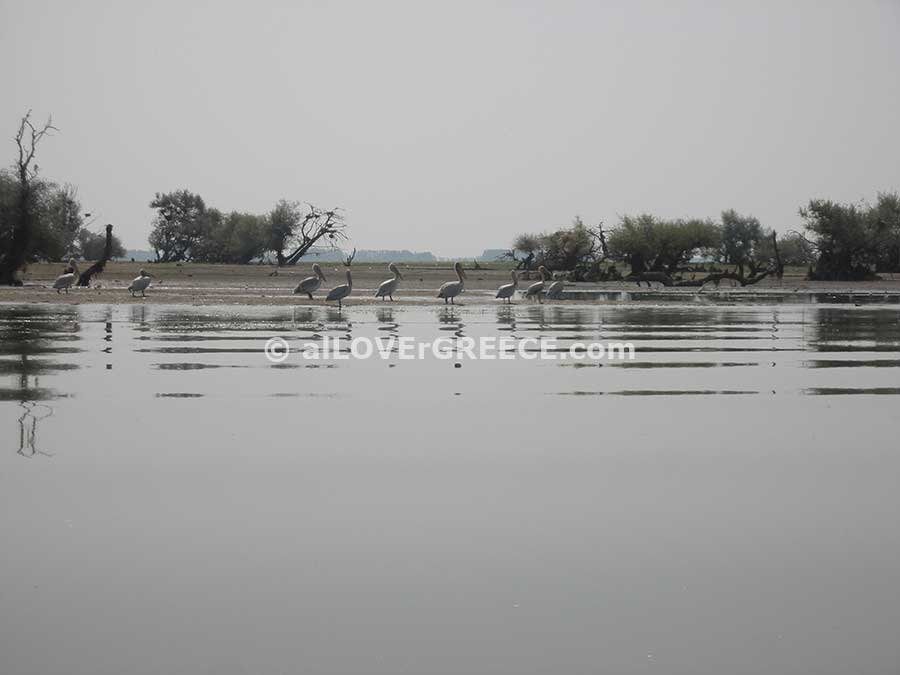 Kerkini lake is a special case of wetland. It was built in 1932 with the construction of the dam on the river Strymonas at the height of the village Lithotopos. Its original purpose was the containment of the flood waters of Strymonas, but later it was also used to store water for the irrigation of the plain of Serres. In its place there existed a complex system of extensive and shallow wetlands fed by the river waters.

Today, the diversity of vegetation, the presence of hundreds of bird species, the rich aquatic bird and the many species of mammals, reptiles and amphibians that exist in the area are the natural continuity of life that existed before the construction of the dam.

The construction of the artificial lake crushed Strymonas 's waters, contributed to the fight against the malaria nightmare, gave life to the fields of the plain and helped the economic development of the prefecture and the rehabilitation of the 85,000 refugees from the Asia Minor disaster. In 1982, the continuous decrease in the capacity of the lake, due to the sludge transport of Strymon, led to the construction of a new dam that raised the lake level.

Kerkini is one of the 11 Greek Wetlands of International Importance (the Ramsar Convention) and one of the 113 Important Bird Areas of Greece (IBA). It is covered by European and international legislation, such as European Union Directive 79/409 and the Barcelona Convention. It is also an area of ​​the European Network "Nature 2000" according to Directive 92/43 / EEC. In 1993, Joint Ministerial Decision 66272/93 was signed for the delimitation of the wetland, which defines its protection zones and regulates these activities. At the same time, prefectural decisions regulate hunting, fishing during the breeding season, and logging.

Kerkini Lake has rich vegetation with plants floating on the water surface, plants rooted in the bottom that grow in the water or on the surface and the plants of the reeds and wet meadows. The entry of nutrients in the lake from Strymonas has favored the growth of vegetation. However, the variation of the level of up to five meters per year resulted in many species disappearing, unable to adapt to the variation of the depth of water.

Extensive reedbeds with wetland species such as rushes and rocks almost disappeared. Hydrological conditions favored the development of a colored carpet with water lilies at the northern edges of the lake, which is the largest similar area throughout Greece. Unfortunately, the great fluctuation of the level every year threatens to eliminate them, and to turn Kerkini into a simple water store.

In the northern part of the lake, at the estuary of Strymonas, there is the riverside forest, which is the main place of feeding and nesting of many rare birds, as well as a place of breeding and development of fish. Until a few years ago, we encountered many species of trees such, which gave a particular color to the landscape. Because of the continuous flooding, nowadays there are mostly willows. The extent of the forest fell from 7,000 acres in 1980 to almost half, and if it continues to flood at the same rate it is likely to disappear altogether.

The surrounding mountains Kerkini (Beles) and Mavrovouni (Kroussia) are covered by forest vegetation, mainly beech trees in the highest parts, and many oak species mixed with linden trees, hazelnuts, anchovies and other deciduous and evergreen shrub species in the lower regions. Many wildflowers adorn the mountain slopes with their colors. The protection of natural vegetation from human interventions (illegal fishing, forest fires, overgrazing, landslides) will ensure, apart from forest products to the inhabitants, the protection of the soil of the basin from erosion as well as the diversity of plants and animals in the area.

In the wider area of Kerkini ​​lake there are many species of mammals, many of which are threatened, such as otter, deer, jackal, wolf, wildcat, and there are several common species such as fox, ferret, horn, hedgehog, badger, etc. Also, about 10 species of amphibians and more than 20 species of reptiles are found in both the riparian forest and surrounding wetlands.

Great fish is the fish pond of the lake. More than 30 species of fish, most of which are native, have been recorded in the wider Kerkini-Strymonas system. The lake has several species of commercial interest, such as carp and butterfly, and has significant fishing output. After the construction of the new dam in 1982, eel and wels catfish disappeared from the lake, while the number of carps was greatly reduced.

Over 300 species of birds have been recorded in the lake and surrounding mountains. The most important colonies of the Northern Balkan Peninsula are also known from the cormorants, and various species of herons, while in the last few years there have been observed new species for the region. In the wider area there are many rare predatory birds such as the aquila adalberti and the booted eagle.

Lake Kerkini is a valuable ecosystem with a multitude of values. The main ones are: 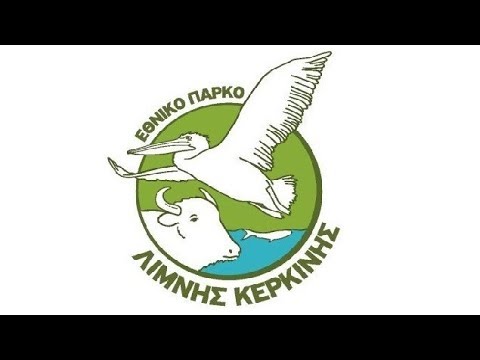