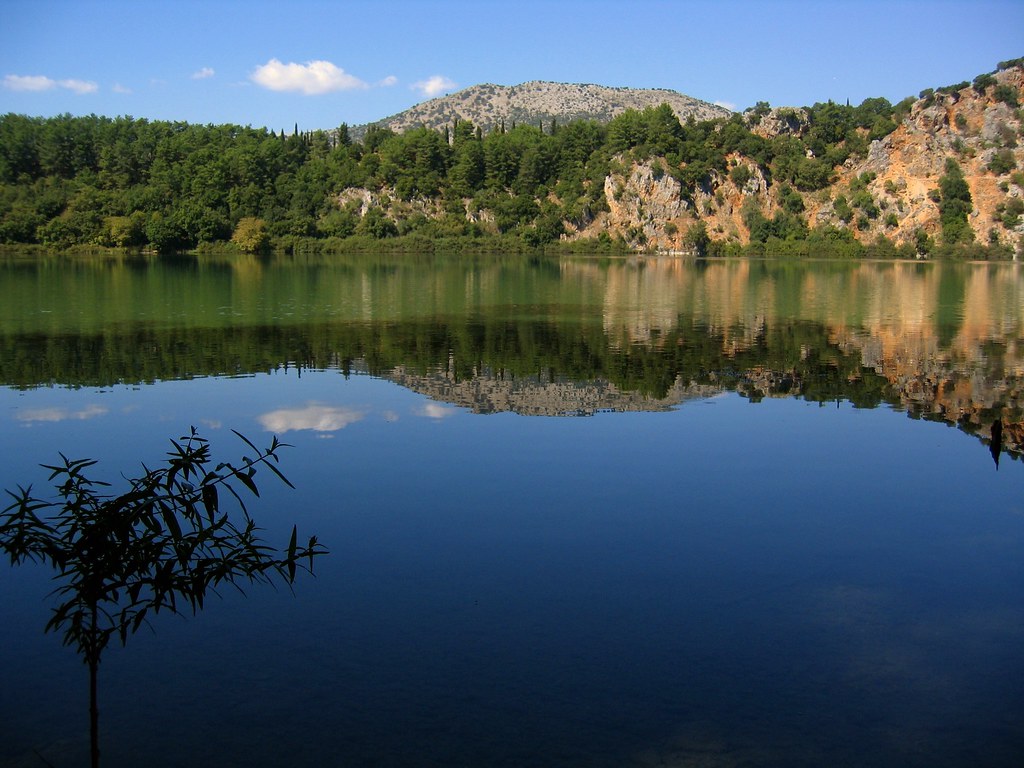 Lake Ziros is located 2 km west of the provincial road Arta - Filippiada - Ioannina, opposite the community of Pantanassa of Arta, and about 3 km north of the capital of the Municipality of Ziros, Filippiada. The name comes from the Slavic word "ozero" which simply means lake. To the west, the Thesprotian Mountains rise and very close to its east, the river Louros flows, with which it communicates underground. A little further north is the famous Kokkinopilos, a group of hills made of red clay of great geological and archaeological interest.
The lake is located at an altitude of 56 meters and has an elliptical shape that looks like a giant eye. It is a lake, created by the tectonic activity that characterizes the area. One theory is that the lake was a primordial lake cave, the roof of which collapsed 10.000 years ago. Lake Ziros is not fed by rivers or streams, but by underground springs on the north side at a depth of 12 meters. The creation of the lake through tectonic processes is also reflected in a myth that accompanies it, which is related to the biblical Sodom and Gomorrah.
Legend has it that in the area there was the state of Ziropolis where two sisters lived, one jealously rich and one virtuous poor. The children of the rich were very weak and sick, while those of the poor were strong and healthy, with the result that the rich sister was jealous and chased away the poor. An angel appeared to the poor sister that night and told her to take the road with her children abroad without looking back. So when they started, there was a big earthquake, the poor sister came back to look and stoned her children and animals. Since then, some have said that their forms are imprinted on the rocks of the lake.
The vegetation around the lake is very dense and inaccessible. It features a beautiful and large forest of Fraxinus angustifolia oxycarpa that stretches along its southern shores. Other species include plane trees, maples, oaks, hornbeams, willows, poplars, roosters, willows and weeds. Species such as Chara vulgaris, Chara gymnophylla, Plagiomnium cuspidatum and Najas minor stand out from the aquatic vegetation. Other interesting species in the area are the Ruscus aculeatus, Malabaila aurea, Arum italicum, Cynoglossum columnae, Saponaria calabrica, Eupatorium cannabinum, Colchicum cupanii, Ornithogalum sphaerocarpum, Sedum cepaea, Campanula versicolor, C. spatulata, Lychnis coronaria, Centaurea cyanus, Prunella vulgaris, Stachys spinulosa, Linum pubescens, the orchids Anacamptis pyramidalis, Serapias cordigera, Serapias vomeracea and Ophrys mammosa.
The birds that live in and around the lake are very interesting. The surrounding villages every spring magnetize dozens of storks that make their nests in specially made poles. Many amphibians and reptiles also live in the lake. From mammals, the rich fish fauna and proximity to the Louros attracts several otters, while other species include foxes, weasels, badgers, ferrets and hedgehogs. It is believed that jackals that used to be abundant still live in the area.
The fish fauna of the lake consists of Luciobarbus albanicus, Scardinius acarnanicus, Squalius peloponensis, Telestes pleurobipunctatus, Ctenopharyngodon idella and Hypophthalmichthys molitrix. Also in the lake live many freshwater crabs of the species Potamon fluviatile. 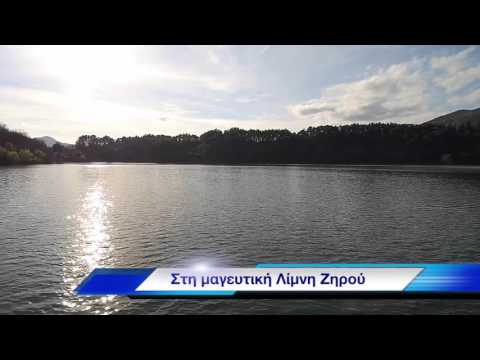