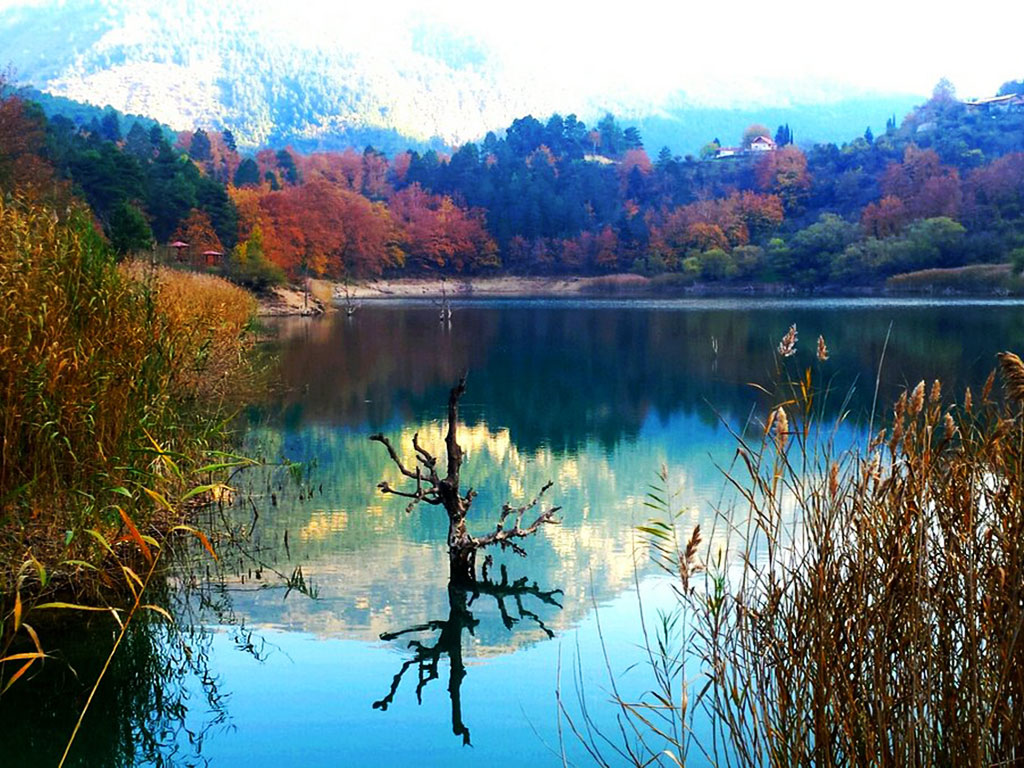 Lake Tsivlou is an alpine lake lying at an altitude of 800 meters (2,625 feet) above sea level on the mountain range of Chelmos, in Achaea. The lake was formed in 1913 after a massive landslide, resulting the blockage of the Krathes river bed.

Before 1913, the region was just an open valley, in the middle of which Krathes river flowed. The winter of 1912-13 was heavy with snow and rain, conditions favoring a large landslide incident. By March, 1913, tremors and roars grew, and on March 24th, 1913, a huge landslide curtailed the entire mountainside, crashing the small village of Tsivlos and completely eradicated the village of Sylivena. Fortunately, the residents of Salivena had evacuate the village in time. The voluminous soil blocked both Krathes river and its tributary, forming iniatially two lakes, Lake Krathes with the waters of the Krathes river and Lake Tsivlou with the water of its former tributary. The posited landslide soil was too loose to withstand the enormous water pressure and on January 5th, 1914, the soil gave up and Lake Krathes emptied within minutes, swepting the arched historic bridge of Krathes with the seven archs, near Akrata. Lake Tsivlou however remained intact.

Although the lake was formed relatively recently, it is not the newest in Greece. The lake covers an area of 8.3 acres and has a maximus depth is 80 meters with the water level to go up and down depending on yearly rainfall. It is surrounded by dense forests of pines, black pines, wild cedars, mountain oaks and more. The lake today is fed by mountain streams of Krathes river upstream and at least by two springs located below its surface. The lake is considered a very important wetland for the local ecosystem as it hosts many species of flora and fauna. In its waters were trapped freshwater mullet from Krathes and they are now the only native fish of Tsivlou.

Its strikingly beauty makes it a wonderful tourist destination all year round. The lake and its shores are popular recreational areas, ideal for picnic, hiking, swimming, mountain biking but mainly canoeing and kayaking. The short distance that separates it from Athens (2 hours) makes it suitable for day trips. Near the lake are located the picturesque villages Zarouchla, Peristera and Agia Barbara that offer accommodation, dining and entertainment facilities.