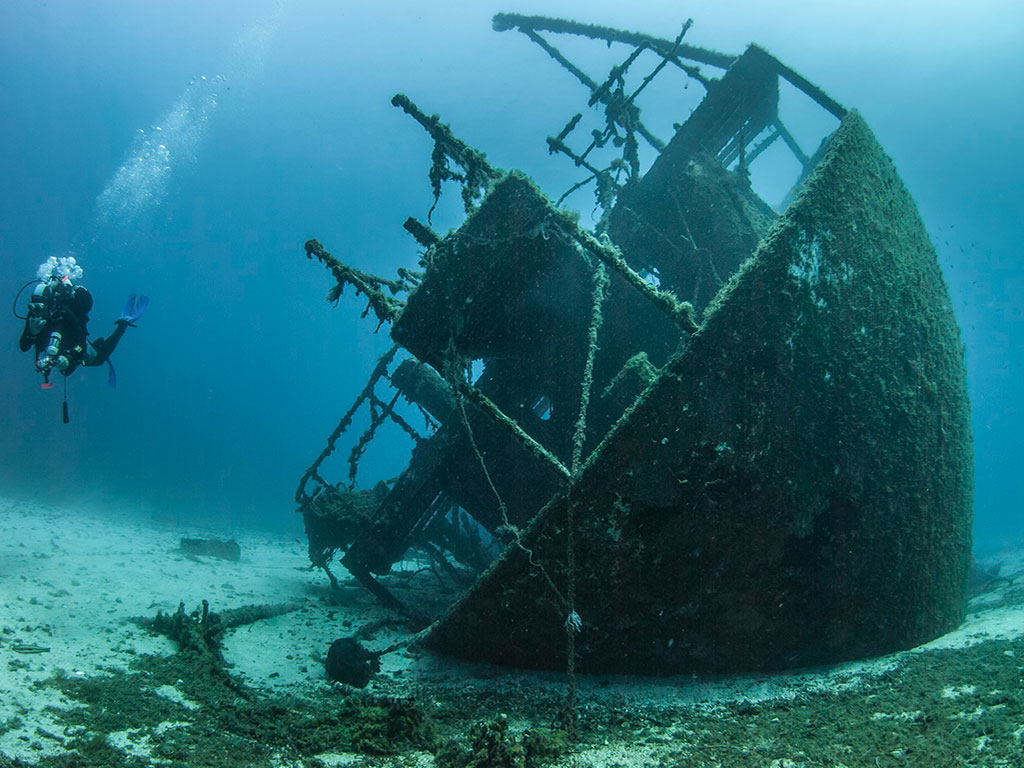 On 5/1/1978 the cargo ship "KYRA LENI" sailed from Lavrio to Bulgaria. The next day, as it passed through Cavo Doro, the weather worsened and the captain decided to take refuge in the nearest bay, that of Karystos. After attempting to anchor in the south drainage of Patroclus rock, due to the strong winds, it collided with its left side on the rocks and sank. All the passengers were able to get on board.
The shipwreck is cut in two. It stands on the northwest axis, the part of the stern is upright with a left call, while the rest of the bow from the wreck lies with its left side on the bottom. Its bow is 17 meters deep and the stern 30 meters deep, with all its intermediate parts being scattered plates and pipes.
Access to the wreck area is only by boat, the currents in the area are not strong, with visibility good most days of the year. It is a pole of attraction as a wreck for all scuba divers due to its short distance from Attica, but also because of its ease on the sandy bottom.