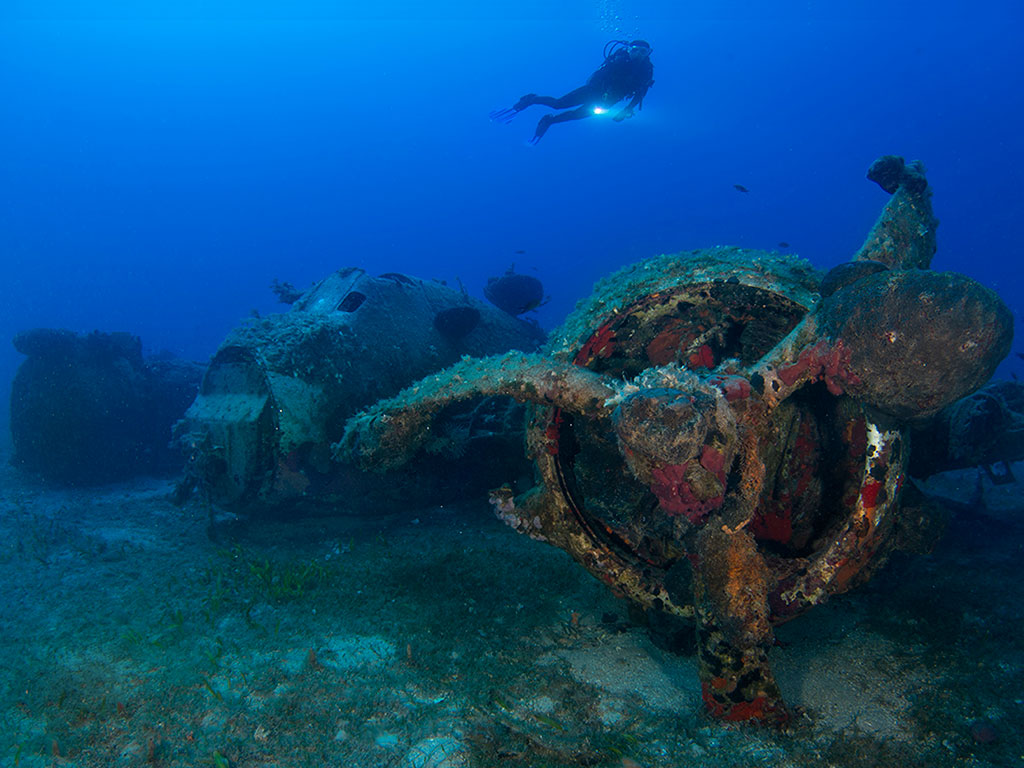 During World War II, the Beaufighter two-seater was mainly used as long-range reconnaissance, combat and bombers. It was probably the best fighter-bomber of its time. Its name comes from the words Beaufort and Fighter.

According to information from many different sources, on October 30, 1943, four aircrafts, two B-25 Mitchell bombers of the US Squadron USAAF and two Beaufighter of the 47th Squadron of the RAF, took off from Cyprus. They attacked and managed to sink two of the enemy ships, but at the same time a Mitchell and a Beaufighter were shot down. According to veterans, the two Beaufighter pilots escaped death by leaving the aircraft in time.

Based on the statements and description of a sponge diver about an aircraft that was at the bottom of the cape Kouroupas in Naxos, information that matched those of the local elderly in the area, investigations began in the southeastern part of the cape. After several dives in an area of ​​10,000 square meters on June 3, 2007, the aircraft was located about half a mile open from Cape Kouroupa. The aircraft was in such good condition that its pilot "landed" it at the bottom of the sea at a depth of 34 meters.