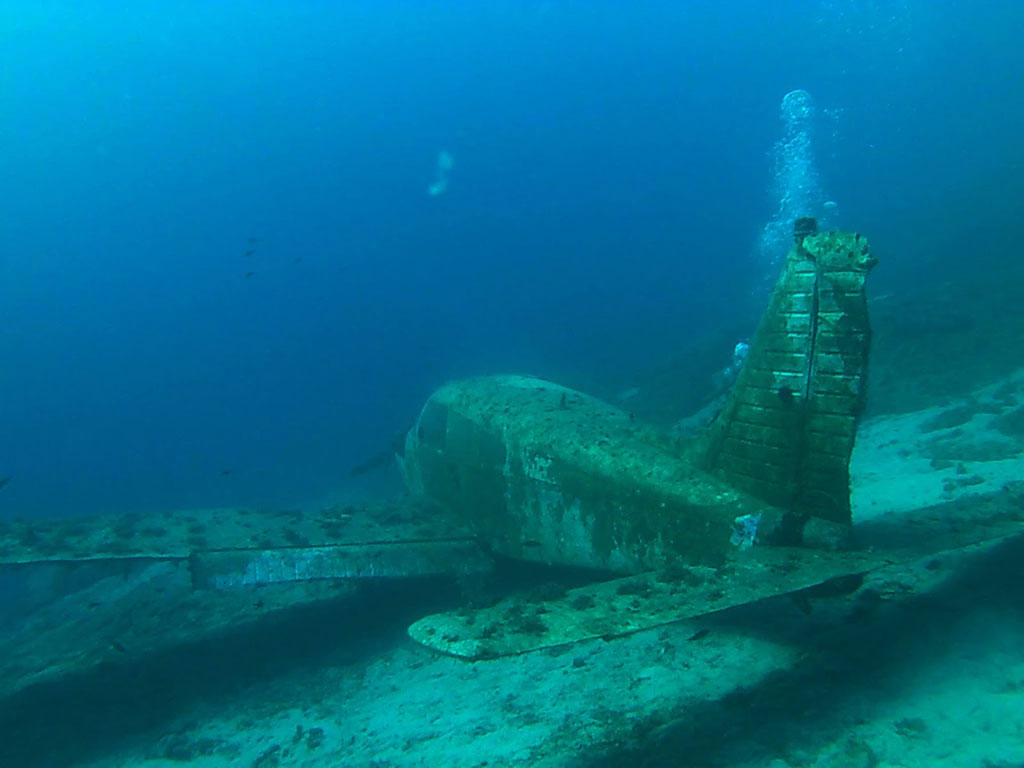 The specific causes of the engine problem are unknown, but it is suspected that a lack of fuel was the reason for this accident. On final approach, the aircraft collided with a wave, and lost the right wing, but the pilot managed to land on the surface just 100 meters from the island, and the plane was on the surface enough time for its two occupants to leave the aircraft and swim to the island.

Rescuers failed to locate that night the remains of the plane. The survivors were not found until the next day by the inhabitants of the island of Makronisos.

The plane is resting on the bottom at a depth of about 18 meters leaning on the side of the reef near the shore, in an area protected from currents and waves. This makes it an ideal immersion as checkdive, and suitable for all levels.

Such aircrafts are mainly used for training purposes, as an air taxi, but also for private use. The aircraft had been moved to shallower waters near the coast.. It is an easily accessible wreck for almost all scuba divers with only difficulty being the obligatory the use of a diving line as the wreck is located away from any coastline and there are no orientation points for the scuba diver.

The plane is in very good condition, covered on seaweed. You can see inside through a window that has the glass broken. Be very aware of the buoyancy. Be careful where you touch, the plane has sharp edges and can be traces of glasses left.