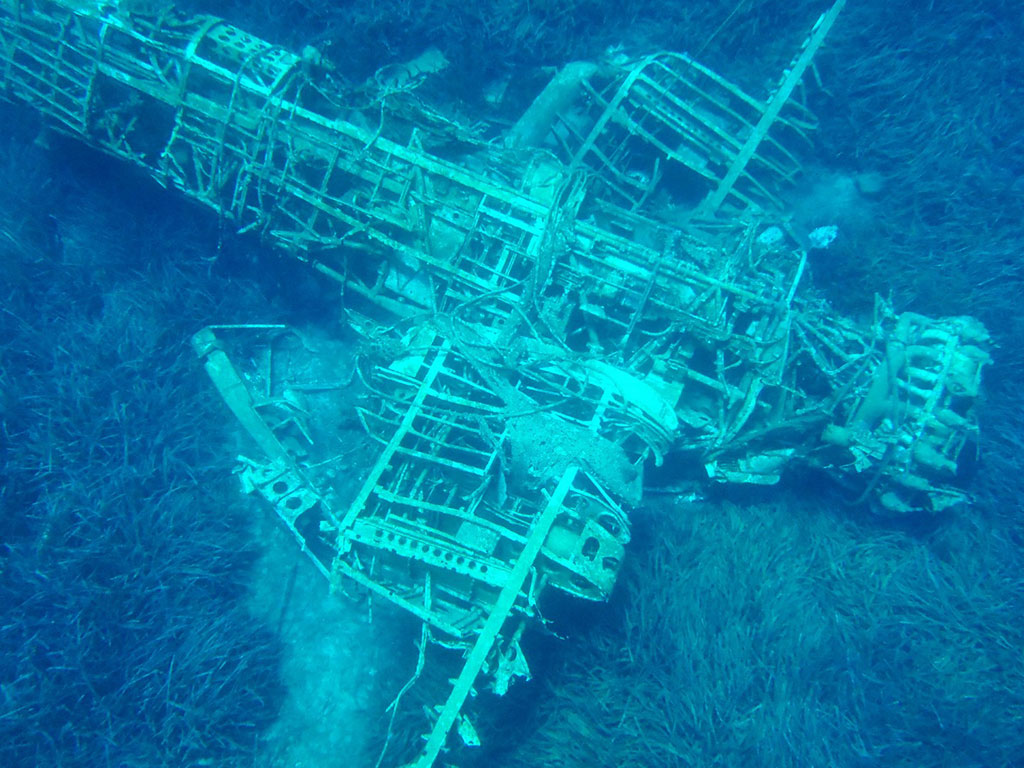 In the southwest of Irakleia, in the beautiful bay of Alimnia, at a depth of about 9 meters, there is a German seaplane of World War II. The Arado Ar196 was a lightweight, two-seater, single-engine seaplane. It was not flexible in flight, but its powerful armament enabled it to deal effectively with rival fighter jets. This type of aircraft was used by the German Air Force during World War II as a reconnaissance for coastal patrols, and especially for the defense of the German fleet.

The plane crashed after a battle with British aircraft in September 1943. The seaplane was shot down but its crew was rescued.

The seaplane was spotted in October 1982, at a depth of about 91 meters when it was caught in the net of local fishermen. The fishermen dragged it to Alimia, where, with the help of a fishing boat, they untangled the seaplane from their nets, and immersed it there so that their fishing gear would not be confused again.

In the years that followed, almost all the parts were removed from the seaplane, and what was left at the bottom was the frame of the fuselage with the engine and some pieces of the trawl net that had fished it.

The location of the seaplane is now easily identified as a red buoy has been installed at the site. When the weather is good, it can be seen from the surface of the sea, since the crystal clear waters reveal it immediately. Over the years, a habitat with abundant marine species has formed around it and it is accessible to good divers. 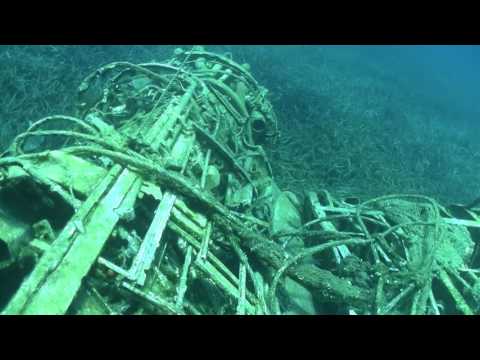