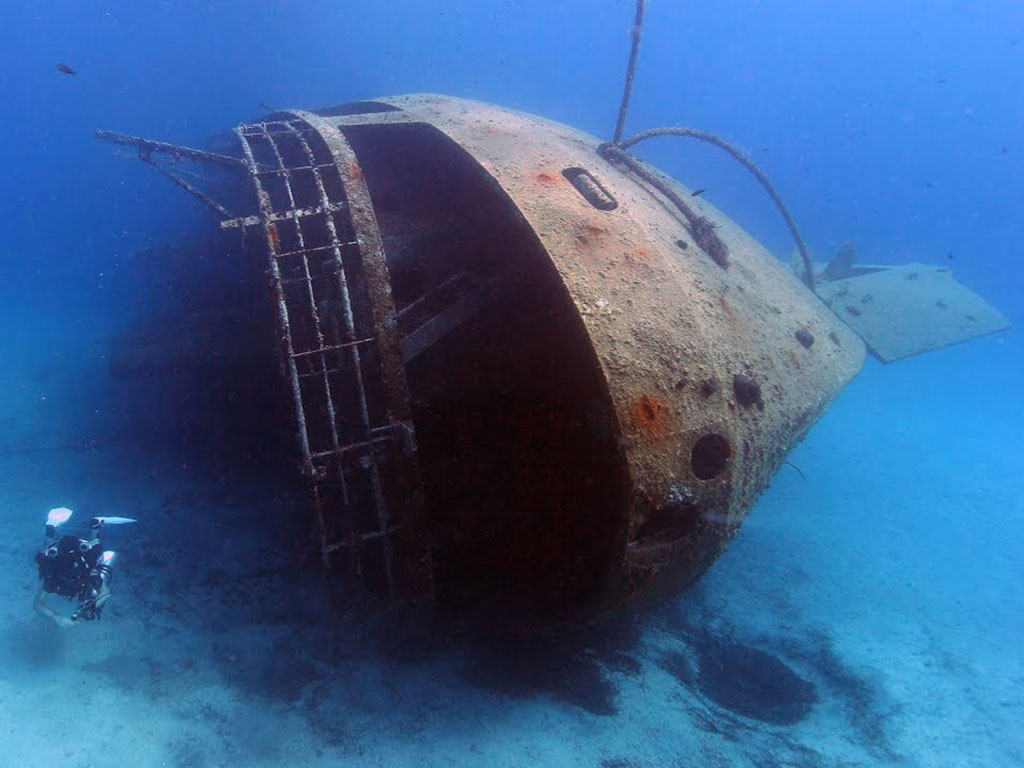 The wreck of the Turkish cargo ship Kaptan Ismail Hakki, is located in the bay of Agia Marina, northeast of Cape Zovolos, in Neapoli, Laconia.

It is a merchant ship built at the Gesan Shipyard in Constantinople in 1969, with a total length of 30 meters, a weight of 498 tons and a displacement of 1032 tons, which transported 578 tons of iron ore and a car on its last voyage.

The ship is said to have had a sudden displacement due to heavy sea turbulence and sank in the early evening hours of January 30, 1978, 106 meters off the nearest shore.

Witnesses say that thanks to the efforts of a shepherd who was in the area at the time, there were no casualties from the sinking of the ship. The wreck is located at a minimum depth of 3 meters from the water surface and a maximum of 12.

It is a very nice shipwreck, lying on its left side on white sand. Access is easy from the shore, while on days with good visibility the shipwreck is visible from the shore. It still retains its propeller, which is rare for a shipwreck in Greek waters and such depth.