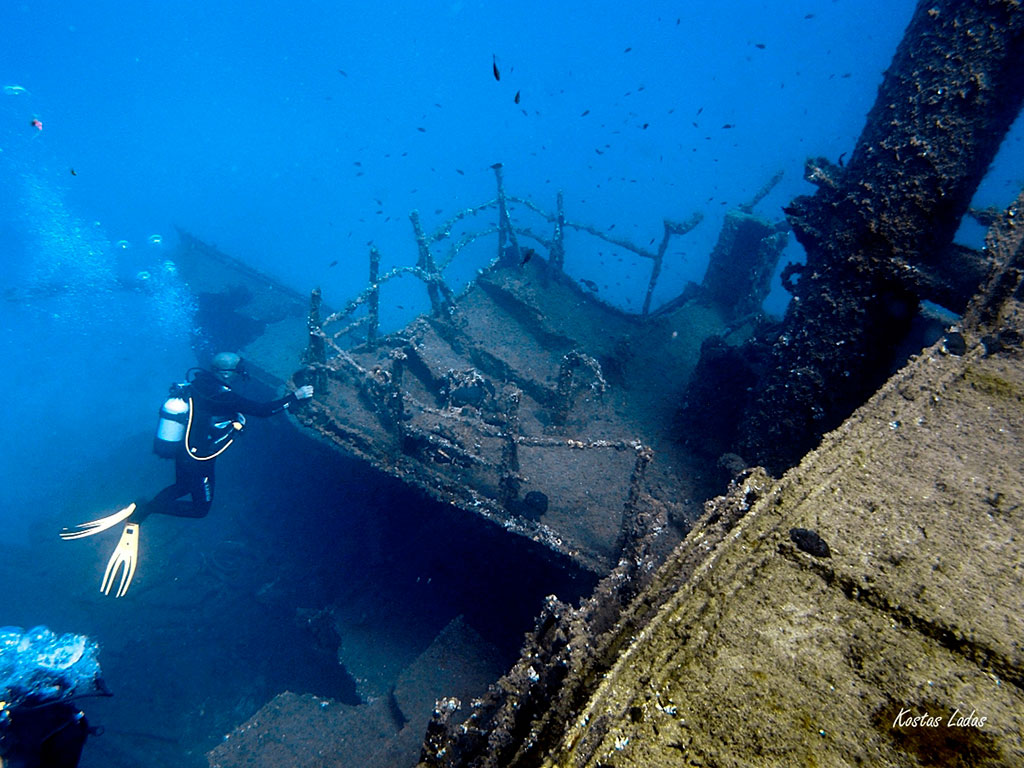 The shipwreck "Marianna" is one of the most beautiful shipwrecks in Greece that over the years has become an artificial reef continuum of nature and has thus been transformed into an important core of underwater life offering the opportunity for an unforgettable dive.
The 91-meter-long, 15-meter-wide cargo ship was built in Dutch shipyards, bought in 1961 in 1980 by Greek shipowners and renamed Marianna.
On July 24, 1981, loaded with goods, it collided with a reef in the strait between Paros and Naxos, colliding with the reef called Amaras, where it remained half submerged with the bow out of the water. The 24 crew members were rescued as the ship was initially shaken and was slowly sinking with a large part of it being above the surface.
It remained in this state for about a year, until it was decided to complete his sinking with a controlled burst of the bow for the safety of navigation. The ship was cut off and sat partially on the sandy bottom at a depth of 23 meters. Due to the small inclination of the shipwreck, the ship stands almost upright, ready to tour around it and inside.