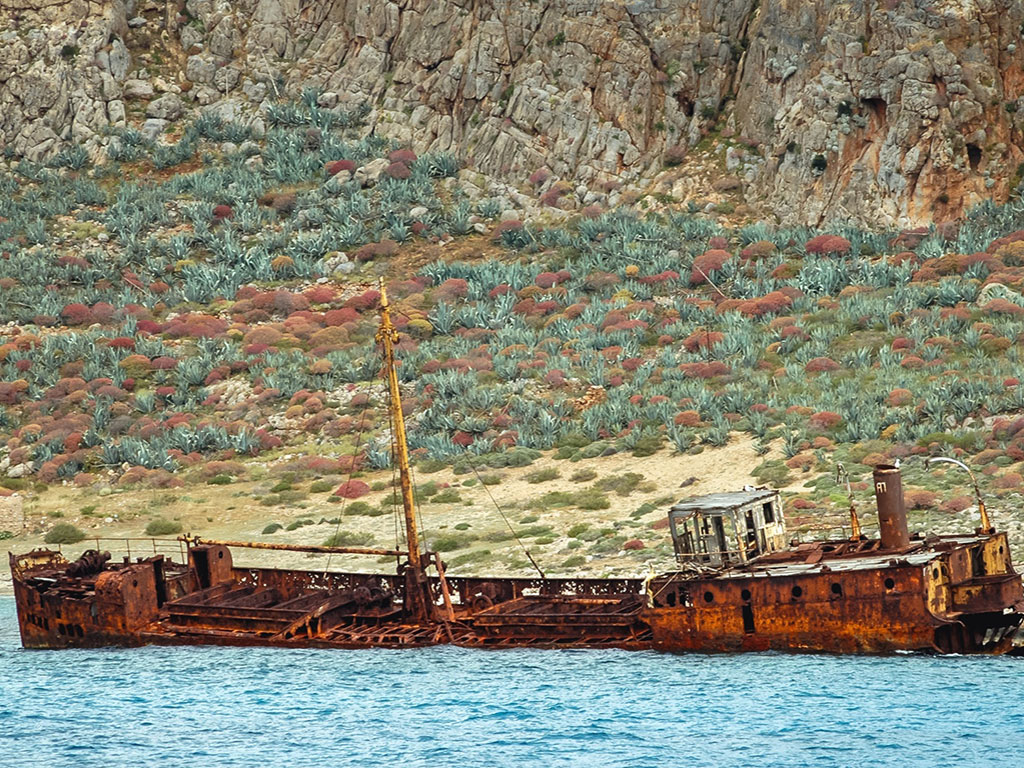 DIMITRIOS P was a small cargo ship 146 feet long built in 1921 in shipyards in northern Germany. The ship sailed from Chalkida on December 30, 1967, with 440 tons of cement and destined for North Africa.

The ship sank in western Crete on the island of Imeri Gramvousa in January 1968, and has been there for the past forty years, now a tourist attraction in the area. Due to the weather, he was forced to anchor at Diakofti Bay in Kythera. On January 6, it set sail for his destination, but again encountered adverse weather conditions and was forced to change course to the west coast of Crete. The ship anchored on the south side of the island of Imeri Gramvousa, about 200 meters from the shore, and dropped both anchors.

The bad weather on January 8 cut the chain of one anchor, the captain failed to keep the ship and so the engine room was filled with water, forcing the crew to evacuate the ship and safely disembark on the island of Gramvousa. The naval destroyer named “Ierax” transported the crew to Souda, leaving behind the shipwreck, which is now an integral part of the landscape and is an interesting fishing spot for spearfishers, but also photographed for those who only photograph shipwrecks.

The island of Imeri Gramvousa is located 20 km northwest of Kissamos, opposite the Gramvousa peninsula and two miles northwest of the Balos lagoon. The approach to the area is only by sea with tourist boats departing from Kissamos.τουριστικά σκάφη που αναχωρούν από την Κίσσαμο.