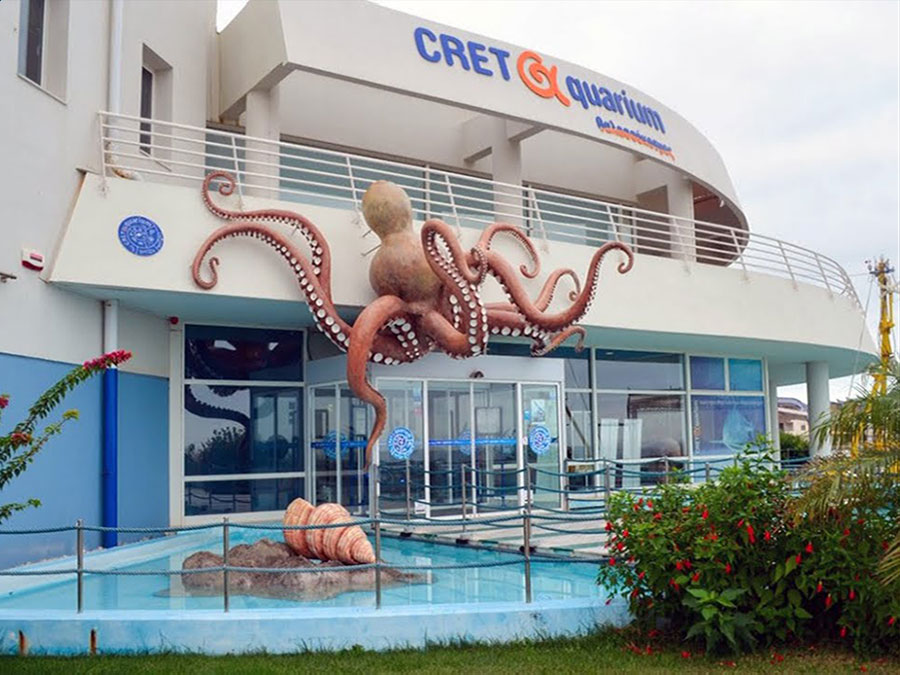 Cretaquarium - Thalassokosmos was officially launched in December 2005 in the Gournes area of ​​Crete, 15km east of the city of Heraklion. Created by the Hellenic Center for Marine Research and thus supported by knowledge, the specialization and innovation that the Greek Water Scientists have developed over the last 20 years. Its construction is co-funded by the European Investment Bank and the Greek State.

It is an aquarium representing the marine Mediterranean life in modern ways and means offering a unique spectacle that will always fascinate young and old and inform, educate and sensitize the public about the diversity of Mediterranean species and habitats. The rich seabed not only of Greece but also of the whole world is here. Cretaquarium includes about 60 aquariums of varying sizes from 125 to 900,000 liters and with a total volume of 1,700,000 liters of seawater. They are aquariums that host about 2,500 marine, mostly Mediterranean, organizations. The picture is really spectacular!

Cretaquarium also has a complete, individual acoustic touring system in 9 languages ​​(Greek, English, French, German, Italian, Dutch, Polish, Russian, Czech). Small handheld devices that work just like a cell phone give every visitor the opportunity to enrich his knowledge during his visit. It's a place that helps you calm down (marine world in combination with relaxed music) and knowledge! Cretaquarium also performs educational programs aimed at all classes of Primary and Secondary Education.

The Cretaquarium is open every day during the whole year as well as during the holidays with winter and summer schedule. In the aquarium there is a cafeteria and a restaurant where you can organize various events as well as the Aqua Shop, with memorable, educational and intelligent gifts inspired by the world of the sea. For your entry you will need to pay a ticket (reduced for some specific groups). Its facilities are modern and allow access for people with disabilities.

Former American Base of Gournes Municipality of Hersonissos 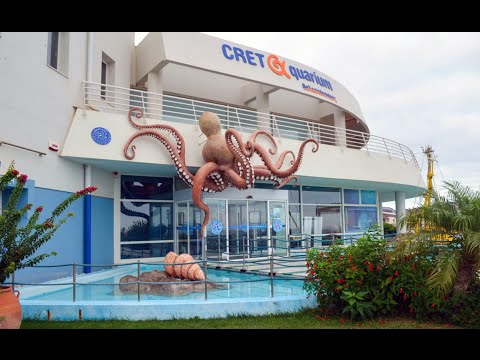