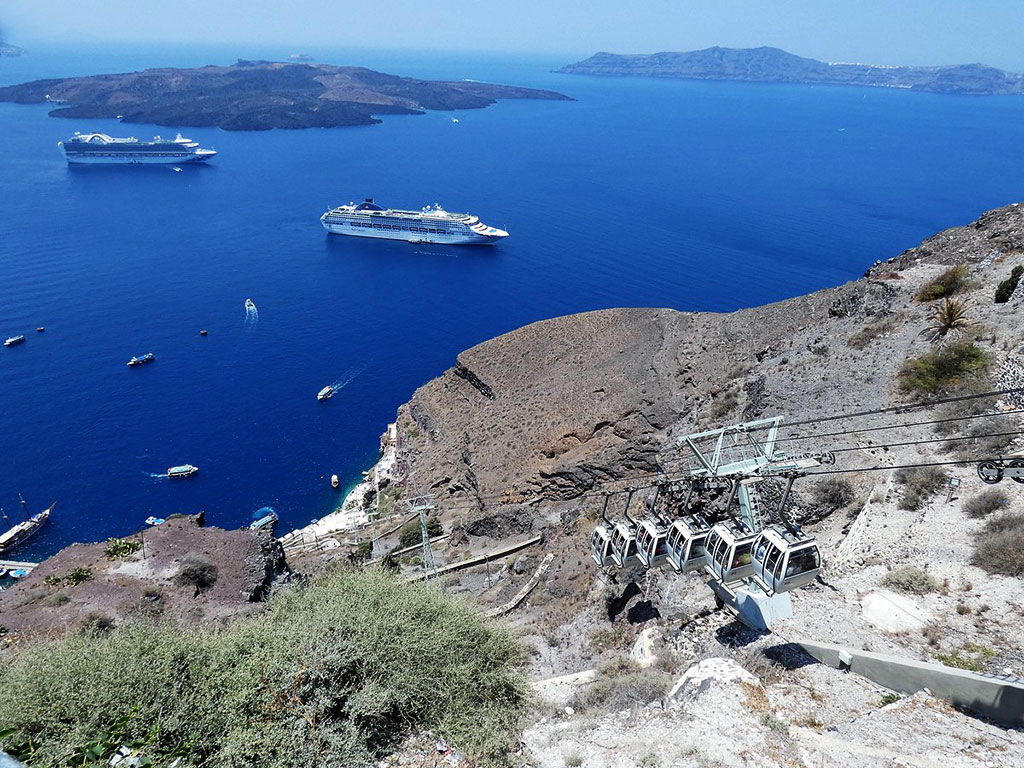 Santorini’s Cable Car is one of the two most common ways to go up the road, from the old port to the town of Fira, the capital of Santorini. The other is the famous Santorini donkeys. The path up to the town of Fira is quite steep and is usually avoided by tourists and locals. The ride with the cable car is approximately three minutes and takes visitors to Fira, lying on the top of the cliff at the altitude of 220m. Taking the cable car, you can enjoy the stunning view of the volcano and take some amazing photos while going up or down the cliff.

The cable car in Santorini was donated by the Loula & Evangelos Nomikos Foundation, established in 1979 by the shipowner Evangelos Nomikos. The foundation not only paid all the expenses for the purchase and installation of the cable car, but also handed over all rights of use and revenues generated arising from its use to the Municipality of Thera and to the 14 communities of the island for development works. At the same time, the foundation does not ignore the mule owners and approaches them with sympathy, paying them a percentage of the ticket price, in order to help this traditional job, survive. The cable car was manufactured by Doppelmayr Cable Car, according to Austrian standards and regulations and can carry up to 1.200 passengers per hour.