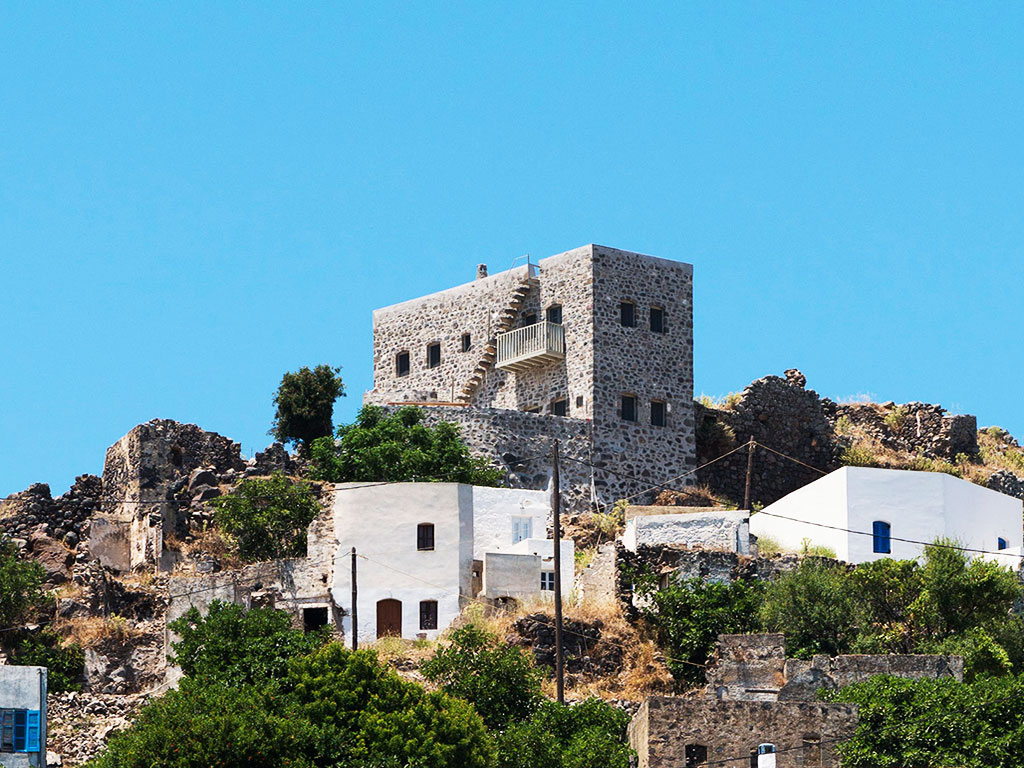 Ruins of an Ioannite castle are located on the hill above the village of Emporios in Nisyros. It is known as the Castle of Emporeios or Castle of Pantoniki. Knights of the Order of St John became rulers of the island in 1315 and built the castle some years later on the site where an older Byzantine fortress pre-existed. The settlement was built around the castle, with the outer walls of the houses strengthening its the defensive characteristics.
Unlike the rest of the castles that we find in the Cyclades, where the outer walls of the houses also serve as the castle's walls, in this case we have a regular castle, not particularly strong. The castle is also mentioned by foreign travelers, under the name "Pantoniki".