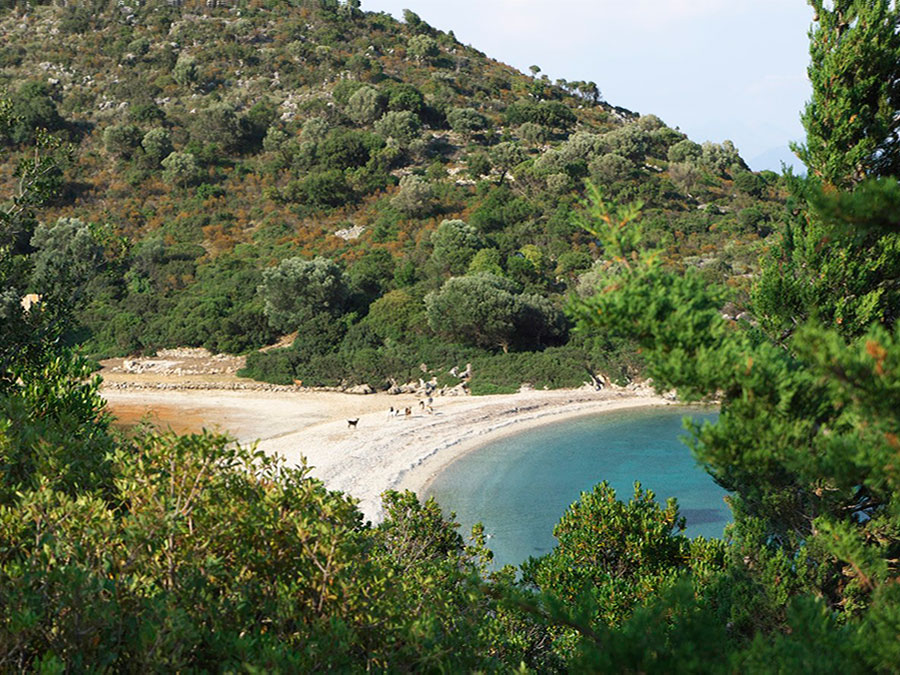 Alikes is a pebbled beach, with a crystal clear sea. It is located in the northern part of Ithaca, next to the beach Marmakas. The dirt road that leads to the two beaches (firstly Marmakas, and second Alikes), starts from the edge of the port in Frikes. 10 meters behind the beach of Alikes is a small mud lake, so it looks as if the shore with the pebbles “cuts” the sea in two. Years ago, Alikes was ideal for mud baths. The beach has no shade, it is not organized, so you will need to have with you all the essentials. At short distance from the coast there is the small island of Agios Nikolaos with the homonymous chapel that celebrates on August 10. Until the end of World War II, the area served as salt marshes (“alikes”), and that is how the beach got its name. Even today on the shores of the mud lake you can still find dry salt. Alikes is also mentioned by Homer: according to the Homeric epics, here, at the royal salt marshes, Odysseus pretended to be crazy to the envoys of Achaeans, in order to eschew participation in the war of Troy.