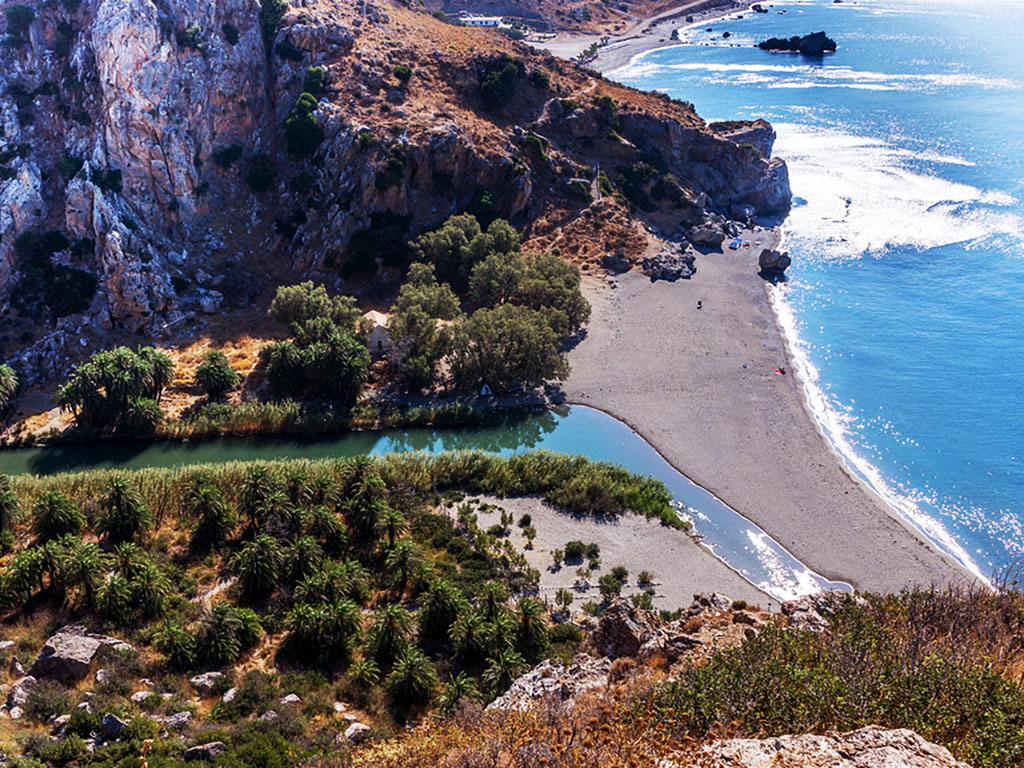 This is one of the most famous and beloved beaches of Crete. It is located on the south coast of the island about 40 km from the city of Rethymnon, at the exit of the gorge, where the river Kourtaliotis ends. A very small lagoon is formed there before the river flows into the sea. It owes its name to the historic monastery of Preveli that is located nearby, which is dedicated to Saint John the Theologian. It is a beautiful sandy beach with crystal clear waters and pebble bottom. The visitor has the opportunity to swim both in the sea and in the lagoon or the river. It is a fantastic experience for the visitor to walk on the river. The palm trees on the river bank offer rich shade and the ground is smooth and sandy.

The riparian palm forest located behind the beach of about 40 acres was the second largest palm forest in Crete after the palm forest of Vai but unfortunately most of it burned in the summer of 2010. In addition to palm trees in the forest there are linden, oleander, locust bean and reeds.

The beach has been a very popular destination for tourists since the 1970s, when many hippies came here and camped, making huts with grass and palm branches. This continued until the late 1980s. It is no longer possible to spend the night on the beach. The umbrellas and sunbeds that existed in the past years have been removed after they altered the exotic appearance of the beach. The beach together with the surrounding landscape have been characterized as the most beautiful in Europe.
Access to the beach is via a path that starts from the car park. The descent takes about 15 minutes. The return is more difficult due to the slope of the ground which makes it tiring. It is good for the return to be a time when it is not so hot. You can also access the beach by boat from the village of Damnoni or the village of Plakia. 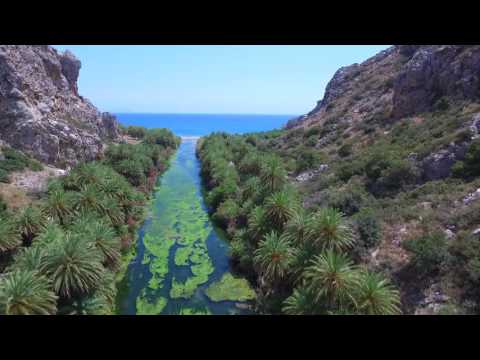