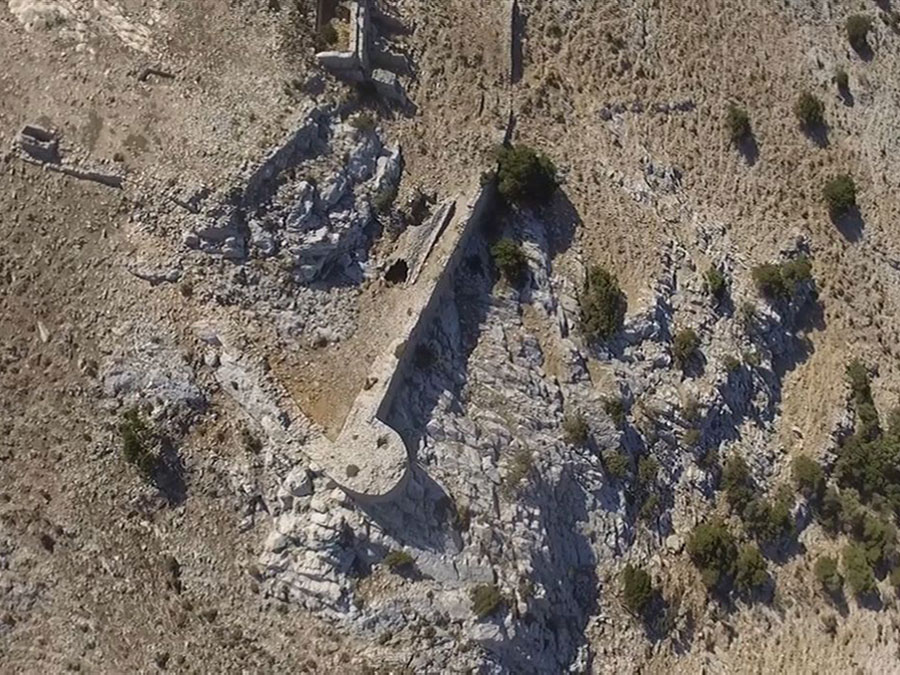 Towering on a steep hill over a fertile plain between Sagri and Agiassos on Naxos, this important Byzantine castle offers visitors fabulous views of the island’s entire southwestern coastline.
According to recent research, Apaliros castle was not only a defensive bastion against pirate raids but also, especially during several centuries during the Byzantine empire, the center of a lively city with a relatively large population. Apaliros stands as an excellent example of early Byzantine town planning.
The remains of fortification walls, water tanks, storage facilities, ovens, churches, roads, an olive press and scattered evidence of some 250 homes are seen in and around the castle today. Its appearance may have had similarities with that of the Byzantine citadel of Mystras in the Peloponnese but Apaliros castle was much older.