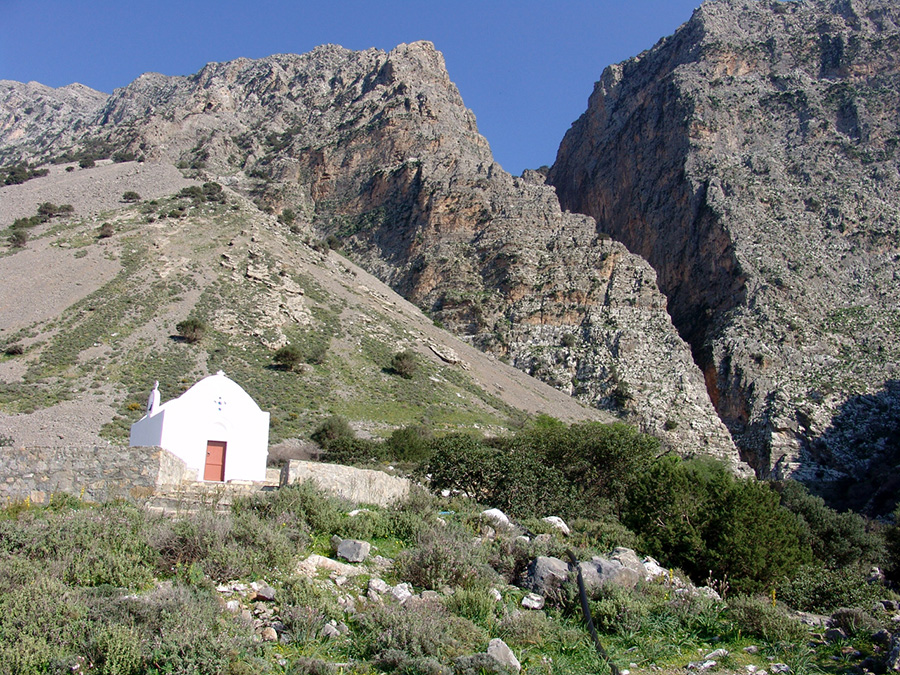 One dominant feature of the area of Ierapetra, in front of the beautiful village and the minoan settlement of Vassiliki is the Gorge Ha. It is considered one of the wildest gorges in Crete, a rare morphological phenomenon of nature, probably caused by tectonic earthquake.

It remains a virgin environment, untouched by man, who still finds its formation prohibitive for exploration or development. Canyoners consider it the King of the gorges of Crete.

Ha has about 33 rappels, the largest is 35 meters high, therefore any attempt to cross it without technical equipment is impossible. At some points the walls come very close, just a few centimeters, which makes the gorge special. In the last third of the gorge, a waterfall of 215 meters height is poured, which increases the amount of water in the gorge. This is often the problem up to that point for canyoneers: the Ha is dry up to there, but from there it has large amounts of water. The waterfall is the highest in Greece and is located at the end of Mastoras sub-gorge.

The entrance of the gorge is very narrow, about 3m and opens on the top. Its width in many parts is only 30cm and in others no more than 3m. To the left and right stand huge stone walls 200m to 400m high. Its length is about 1km. Right before the entrance there is a pond, created by a small waterfall , that comes from another lake above. This is not visible from the root of the mountain but you can marvell at it once you climb a few rocks carefully. The intense parallel colours on the rocks are impressive, too.

As you reach the inside you can see many such small ponds and waterfalls, especially in the wintertime, which is the best time to visit the gorge. As you proceed inside you are filled with awe, as huge rocks, cut in square or rectangle blocks shadow the small valley, you just left behind. Near Ha, there are some ruins of old stone watermills, monuments of a bygone era.