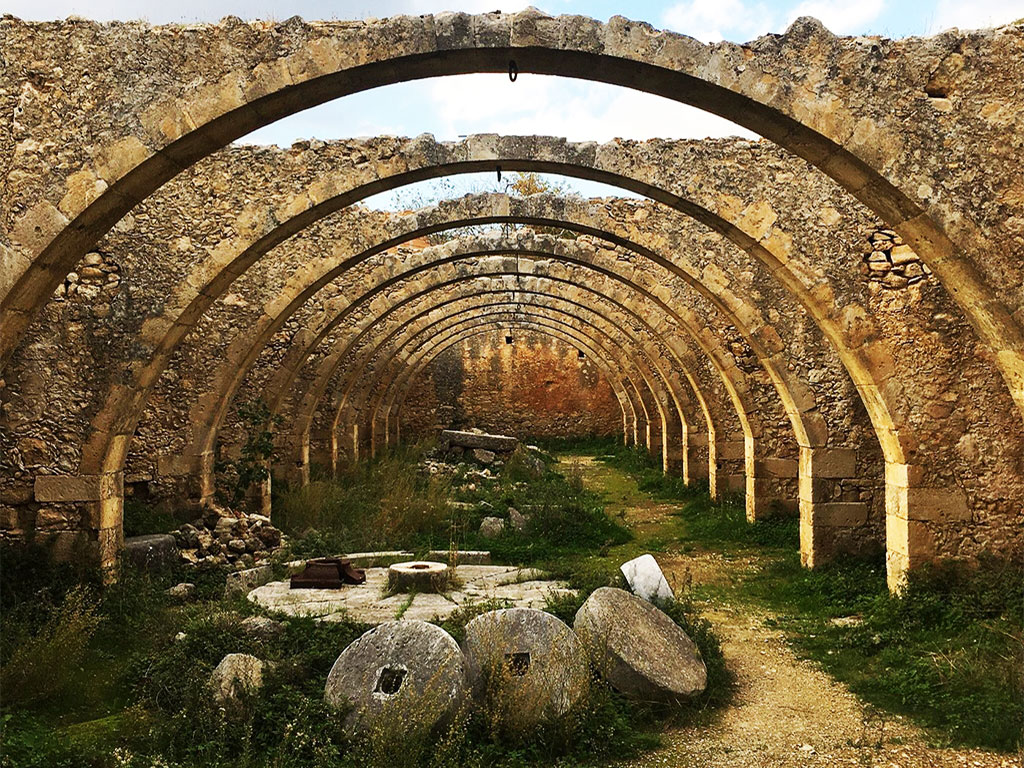 The Monastery of Agios Georgios (St. George) is located about 2 km east of Vamos, in the region of Chania. The monastery was abandoned for a long period but in recent years basic works were carried out for the restoration of the monastery complex, in order this important monument of folk architecture to be revived and highlighted.

The Holy Monastery of Agios Georgios was founded in 1600 at the spot where the small village of Karydi was located. During the Turkish occupation, the Ottomans forced the residents of Karydi to either abandon the village or change their faith and become Muslims. The four families that became Muslims, asked the Turks to turn the church of Agios Georgios to a mosque. The local priest, in order to save the church, was forced to pay exhaustive taxes. Being very difficult to pay all these taxes every year, he decided to grant the church to the Monastery of the Agia Triada Tzagarolon, in 1720.

In 1821 the local governor of the time, Mustafa Naili Pasha, granted more freedoms to the Christians of Crete, especially to the Monastery of Agia Triada. More monks came to Karydi and built a new and larger church. In 1929 the Turkish authorities granted the monastery a license to produce olive oil, fact that helped to develop further. Particularly impressive is the building of the olive oil press, which according to inscriptions, was completed in 1863. The huge olive oil press, consists of twelve stone arches, integrated with older buildings of the space. Inside, there are four millstones that are not found in any other olive oil press in Crete. Today only their built bases survive as the millstones have been removed.

The monastery at some point had around 3600 olive trees, fact that justify the enormous quantities of olive oil, produced. Nowadays, the roof of the olive oil press has collapsed, however the building still remains the trademark of the monastery. In 1900 the last monk left, which resulted in the abandonment of the monastery in 1923. Most of its property was granted to the veterans of the Balkan wars and to the Asia Minor campaign. Today, it operates as an independent monastery.

The monastery of Agios Georgios is without doubt a masterpiece of the time and among the most interesting monuments in the prefecture of Chania. 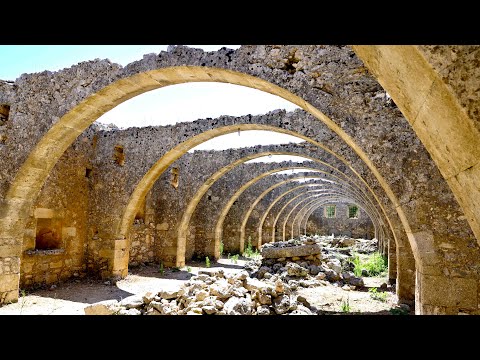