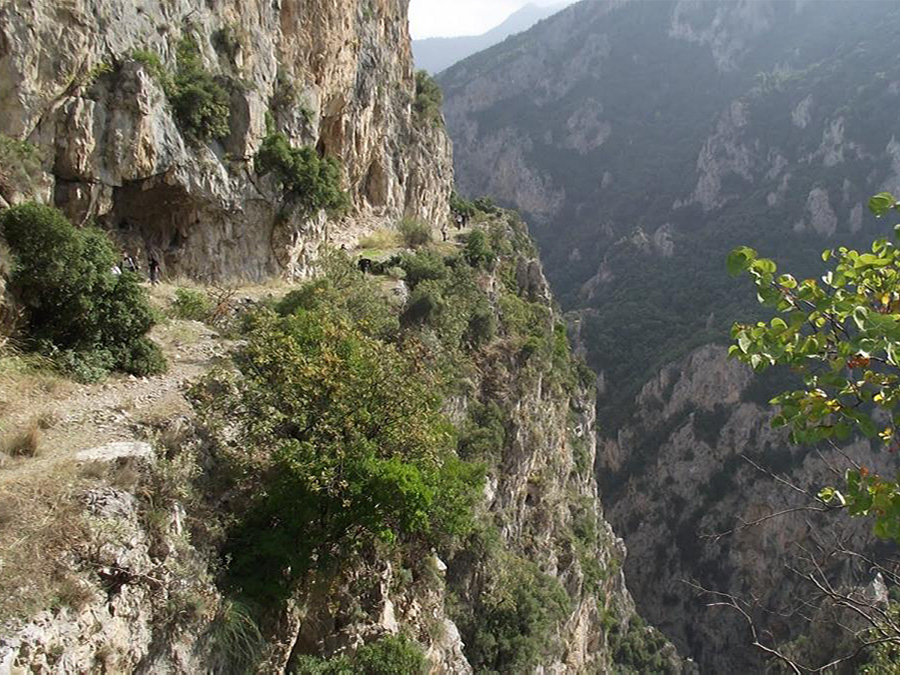 The gorge is a special piece of particular natural beauty in the center of Fthiotida. A narrow passage, formed by the huge vertical hillsides of Iti and Kallidromos mountains. A canyon that takes the waters of Eastern Iti to the Sperchios River and through the river to Maliakos Gulf, creating a wetland of enormous ecological importance.

The canyon has been known since antiquity. At the exit of the canyon, on the outskirts of Iti and Kallidromos mountains on the southeastern side of the Sperchios valley, was the ancient Iraklia (Trachina), which was one of the five cities in the kingdom of Achilles.

In the center of the gorge, on the side of Iti, stands "Kouvelos", on top of which there was an ancient settlement. The most interesting route for hiking lovers starts under the Papadia Railway Bridge and ends at the Asopos Bridge, where the exit of the gorge is.