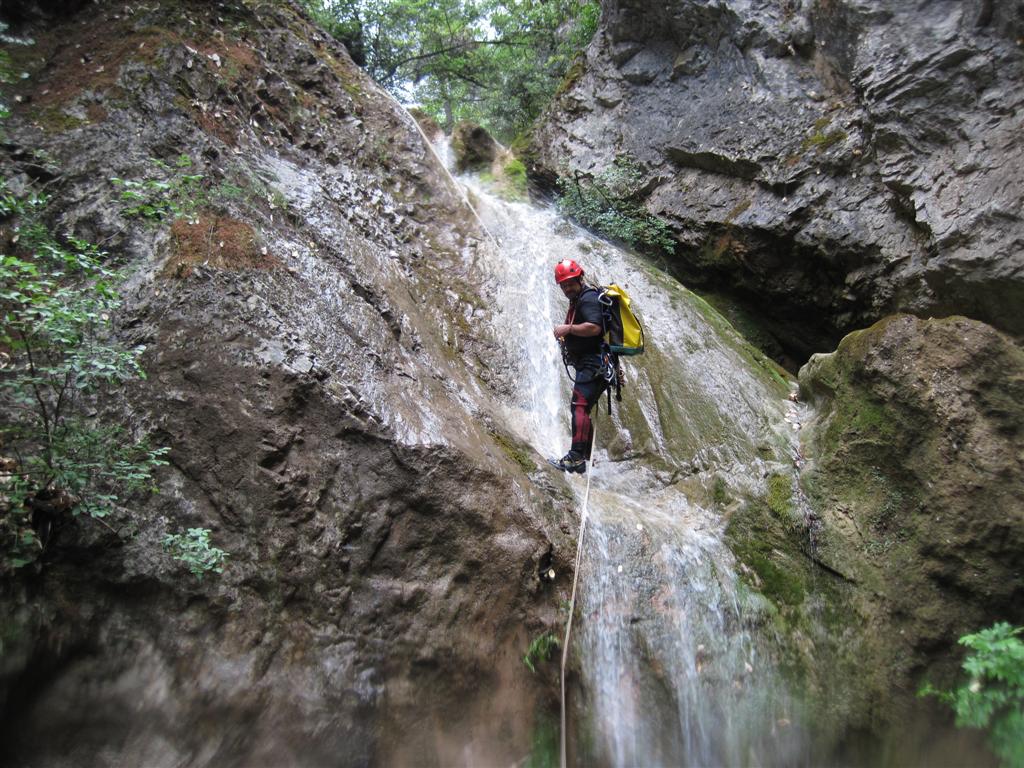 The gorge was named "Strifto" because its large 50m waterfall is twisted and spectacular from the beach and many other places.
Striftos is a spectacular 50m waterfall located on Mount Knimida Fthiotida above Kamena Vourla.
The route concerns the upper part of a large canyon. It consists of 6 waterfalls, 6 to 50 meters.
Approximately half an hour's walk away. During the descent the view to the sea and the area there is breathtaking. The return is made by a 50΄ trail.
The route is approached by a dirt road.