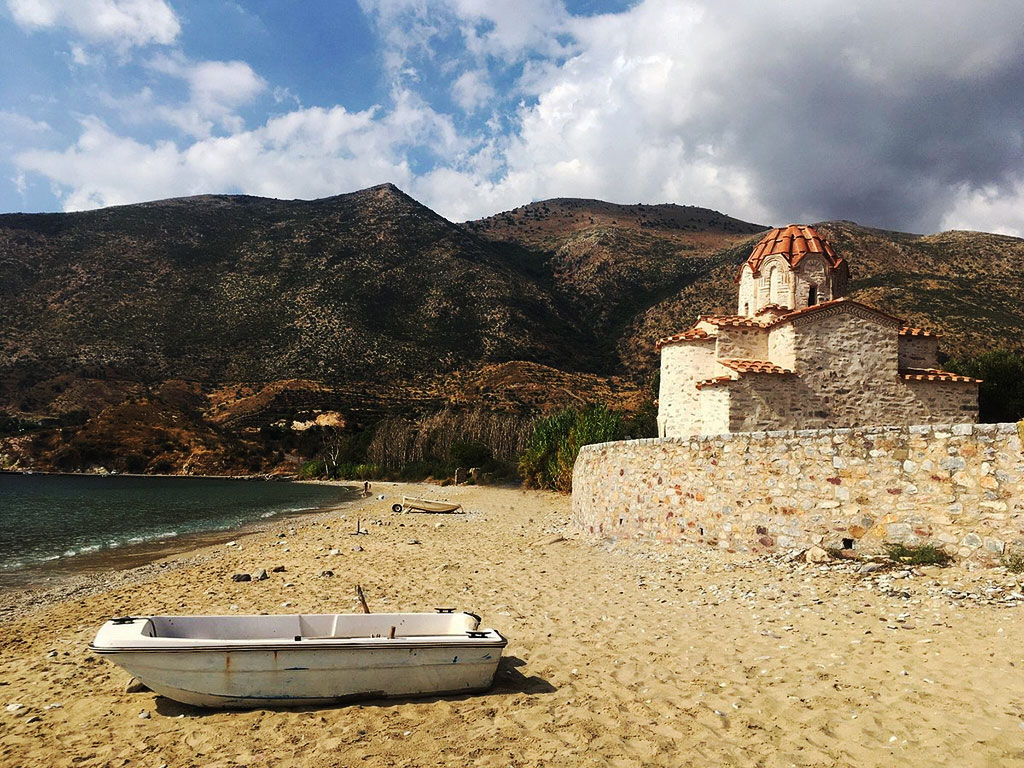 The church of Saint Varvara is located on the beach of Skoutari in the prefecture of Lakonia, Peloponnese. The small quaint church dates from the 12th century and follows the cross-in-square, distyle type, with three projecting segmental apses on the east. The interior is decorated with frescoes of 1882 of the local painter Elias Chandreas from the village of Koutifari in Mani.

During the construction of a new retaining wall in the northeast of the church, as well as during the reorganization works of its foundation, fragmentary architectural remains were revealed in the surroundings and, in a substantial part, under the church, while extending north, south and east, although not preserved due to erosion caused by the sea. They belong to a structure identified with a bath of the Roman – Late Roman times, still in use during the Early Byzantine period. The revealed ancient remnants may possibly be associated with the firm remains of Roman buildings on the shoreline of the bay of Skoutari.

Source: Ephorate of Antiquities of Lakonia