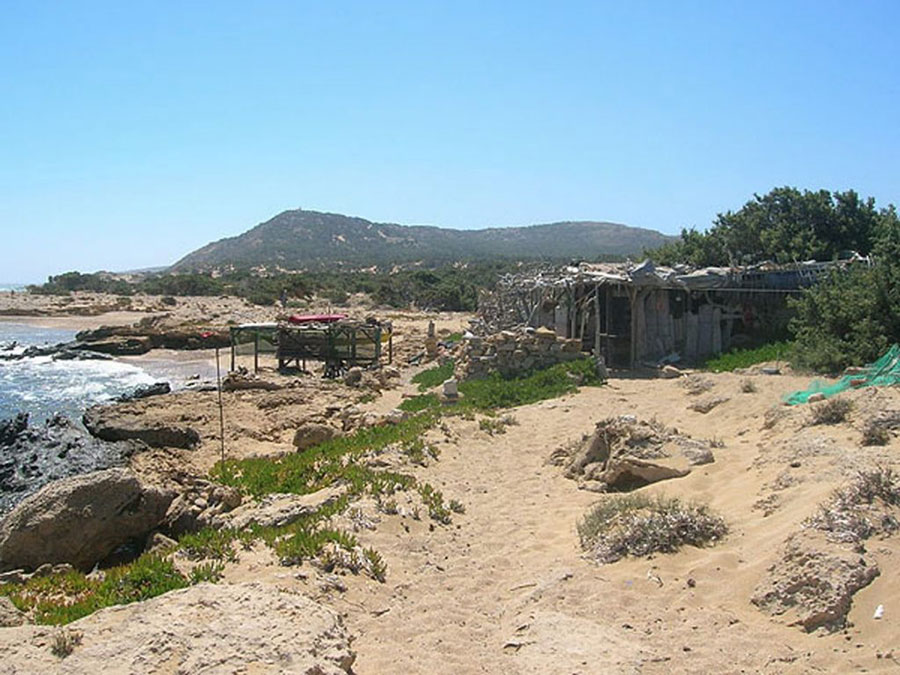 The beach Lavrakas is located about 2km west of Agios Ioannis beach, near the northern tip of Gavdos island. Lavrakas can be accessed by walking 20'-30' from Agiannis, where you can go by bus from Karave. Lavrakas is a fantastic beach with golden soft sand and rocks in places. It is totally unorganized and is one of the remote beaches in Gavdos, since it is accessed only on foot. Many people believe that the beach is named after the greek word lavraki (i.e. bass fish). However, it seems that the name comes after the Minoan word lavrys, which is the symbol of the Minoan civilization; the double ax. Indeed, in caves in the area north of the juniperwood (south of Lavrakas), archaeologists have found 20 looted Minoan graves-caves, which may support the origin of the name. The caves of Lavrakas are linked to the cave of Calypso: many people believe that Gavdos is the Homeric island of Calypso, where Ulysses was shipwrecked and lived for seven years. South of Lavrakas, near the church of Saint Nicholas and in the dried torrent of Kedres, remains of ancient buildings have been found. A few yards on the east, between Lavrakas and Pirgos, you will find the tiny stony beach of Stavrolimni, which can be reached from both directions. The beach has sand and few rocks, and is formed at the exit of a stream starting from Agios Nikolaos chapel, carrying clay. Particularly in April and May, when the clay is still wet, it is ideal for natural spa. The beach is surrounded by pine and cedar grove.