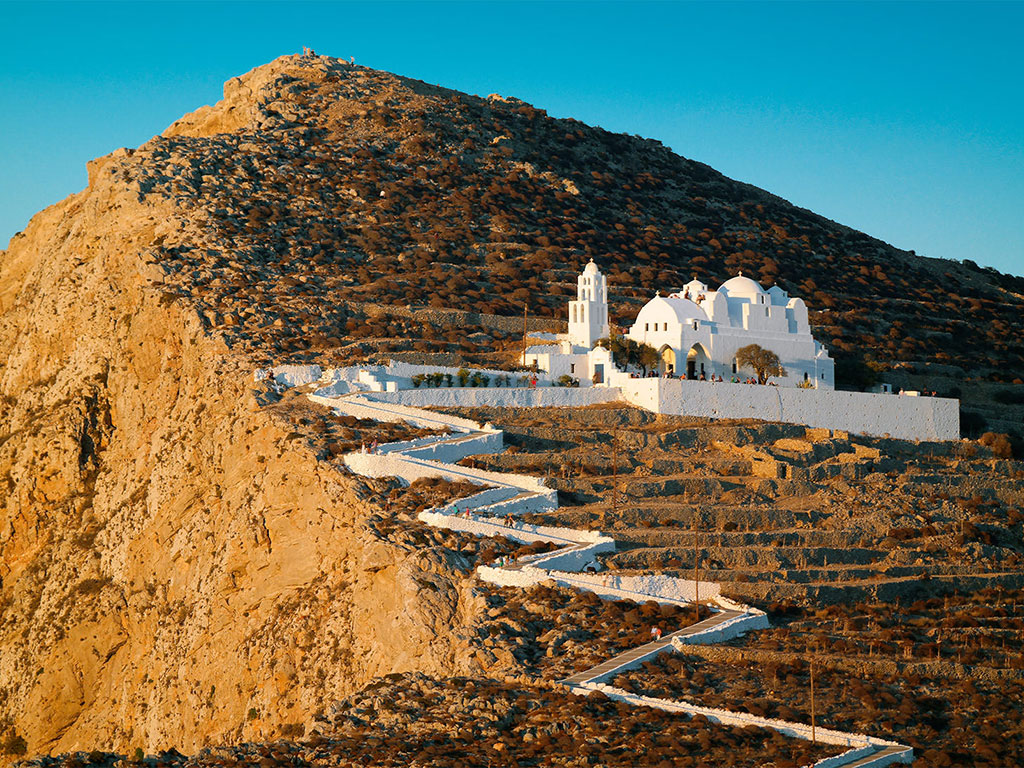 Church of the Assumption of the Virgin

The imposing church which is dedicated to the Assumption of the Virgin stands above Chora, at the top of the hill. The church is the landmark of the island of Folegandros, one of the most photographed spots and the most important monument. It is built on the site of an ancient temple, building materials from which were used for its construction. Both in the courtyard as well as inside the church there are inscriptions, sculptures and bases of statues. In the bell tower there is a roman sculpture body of marble while the altar stone is lain on a statue base.

The church used to belong to a nunnery. A marble inscription dating back in 1687 refers that it was renovated that year. The church took its current form after the reconstruction that began in 1816 and ended in 1821. The shape of the catholicon is rectangular and belongs to the type of single-aisle basilica with three domes. It is decorated with a marble iconostasis, several arches and a tall, white bell tower. Many famous craftsmen have worked on the decoration, including the marble sculptor Kaparias from Tinos island, who made the magnificent marble iconostasis and the exquisite archbishopric throne.

The silver thread icon of Virgin Mary dating from Byzantine times is considered miraculous and is connected to various legends and pirate stories. According to a legend, on 1st May 1790, 18 Algerian pirate ships showed up underneath Pounta square. The inhabitants ran uphill to the church to seek protection. After praying they took the icon of the Panaghia out to the cliff’s edge and asked for salvation. A sudden storm erupted that pushed the pirate ships against the rocks destroying them. Everybody drowned except for one prisoner who happened to be a Christian. He managed to swim ashore and when he met the locals, he said that he had seen a big thunder coming from the cliff and striking the ships. The incident was thought of as a miracle of the Panaghia and 1st May is ever after considered a big fest for Folegandros.

In accordance with an old Folegandros custom, the icon is carried to all the homes on the island at Easter. To reach the picturesque church you have to take the steep winding path that starts at Pounta Square in Chora. It takes about 20 minutes to go up and the view of Chora during the walk is unique. 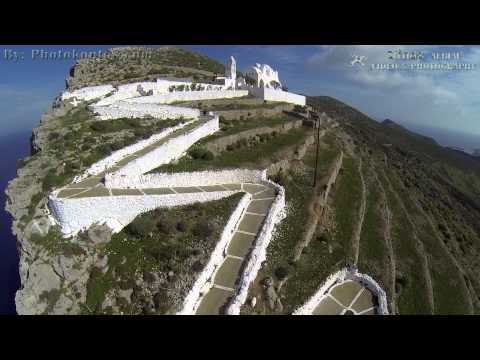