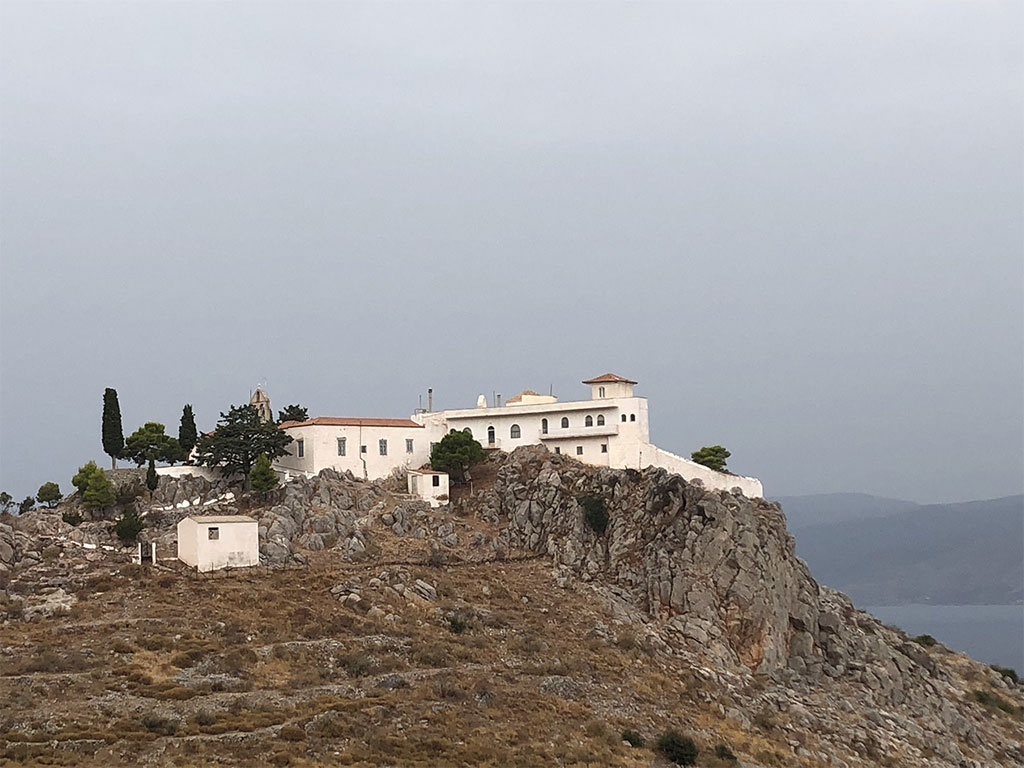 Monastery of the Holy Trinity

The route from Hydra to Monastery of Agia Triada is about 55 minutes. On the beach, the first street (Alphabank) on the left leads to the stadium and then to the pine-covered area of ​​the Monastery of Agia Fotini.

From Aghia Fotini we take a dirt trail and after a while we reach Mylos, an 18th-century stone building, which was a wheat processing plant. At this point the road is divided into two paths, which lead to the Monasteries of Aghia Matrona and the Holy Trinity.

The Monastery of Agia Triada is built on the top of the mountain, where the road that was built by the Elders of Hydra in the 18th century ended. The erection of the monastery was determined in 1704 with its founder, priest Antonios Economou.

Antonios left all his fortune in the Monastery of the Holy Trinity with his will in 1736. Parthenios was an abbot at the end of the 18th century and Chrysanthos Karatzas (1839-1884) was the one who repaired the Monastery because he had ruined and bought the land around it.

In the Revolution of 1821 the Holy Trinity Monastery offered financial support to the struggling Greeks. In 1825, Tsamis Karatassos fortified the Monastery to resist any invasion. In 1915, a storm of great intensity made terrible destruction in the Holy Trinity, after destroying the dome and a large part of the roof of the katholikon.

The damage to the monastery restored at his own expense in 1916 the great Hydra benefactor of Gikas N. Koulouras. The four-year period 1970-1974 was renovated in the Holy Monastery of Agia Triada under the supervision of the late metropolitan Hydra of Jerome, and at that time converted into a House of the Patriotic Diocese.

The monastery complex presents the characteristics of the Orthodox monasteries, with the Byzantine temple church in the middle and around the building complexes, an arched entrance, a garden, a dining room, a library, a cell, a guesthouse, etc. The pictures of the temple are probably hagiographed by the hagiographer Karatza.