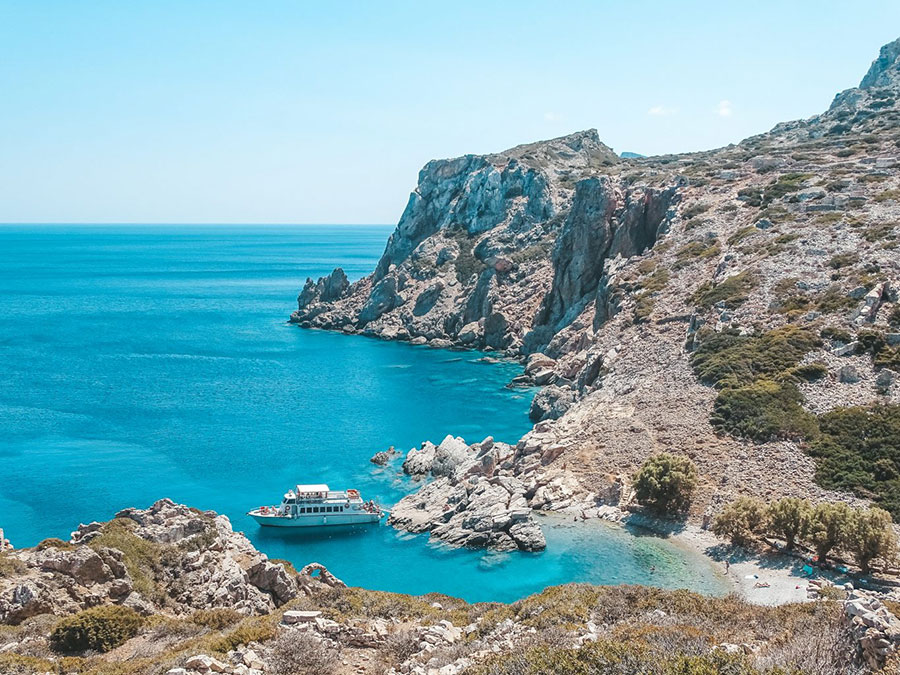 Saria is located opposite the most northern edge of Karpathos, from which is separated by a narrow strait. Two settlements were created on this islet, Palatia and Argos. Palatia was a settlement of Arabs and was used as the base for their raids. This is where the ancient city of Nisyros, one of the four cities of Karpathos during the Dorian era, was also located. While approaching the chapel located on top of the mountain, Agios Zacharias, you will see Argos, a rural par excellence settlement, which has been abandoned. The preserved stone buildings compose a picturesque landscape.