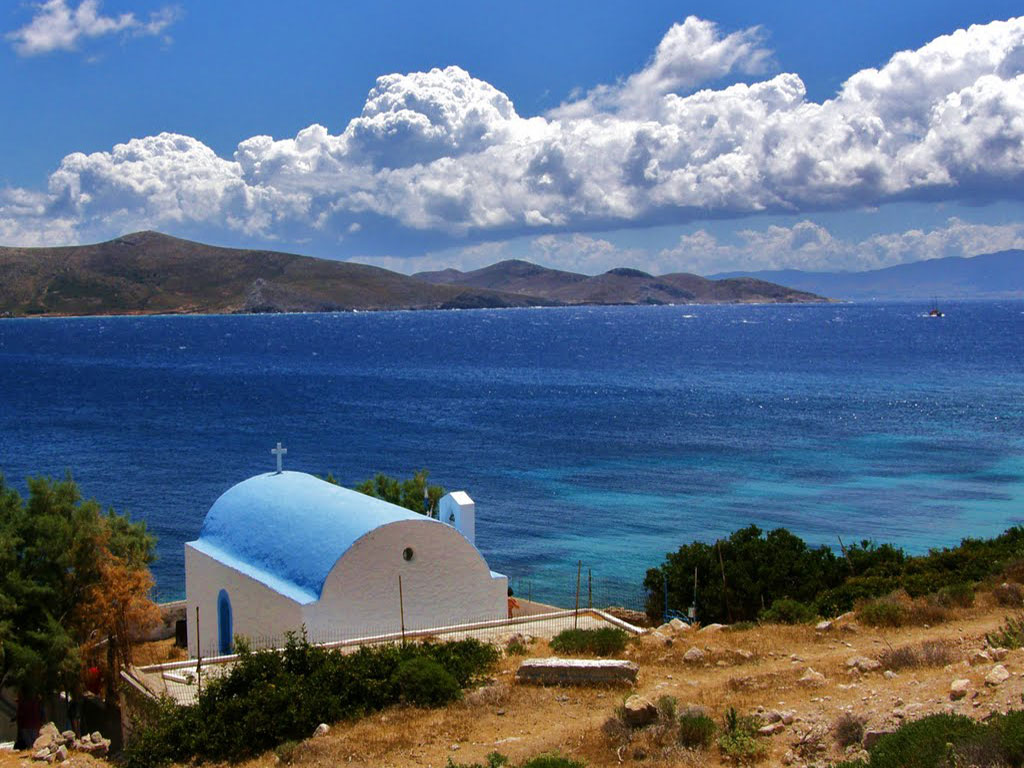 Next to Pserimos is the islet of Platy, with only two inhabitants (a couple). Platy has some small but very clean beaches, visited by those who come with their own boat, but you can also take a boat from Pserimos. The waters of Platy are considered to be among the most clear of the Dodecanese. At the northern end of the Islet of Platy, but also in the south, two German ships are submerged, carrying munitions on May 14, 1944. So it is a good opportunity for those who love diving to do a little underwater exploration. On the eastern coast of Pserimos, at the bottom, lies the deck of a sunken ship. Thor Star was a ship probably coming from Syria. It was anchored on the eastern coast of Pserimos, but due to seashore, it hit the rocks and sank. The wreck, located about 20 meters deep, is the site of very frequent diving excursions, both organized and individual.