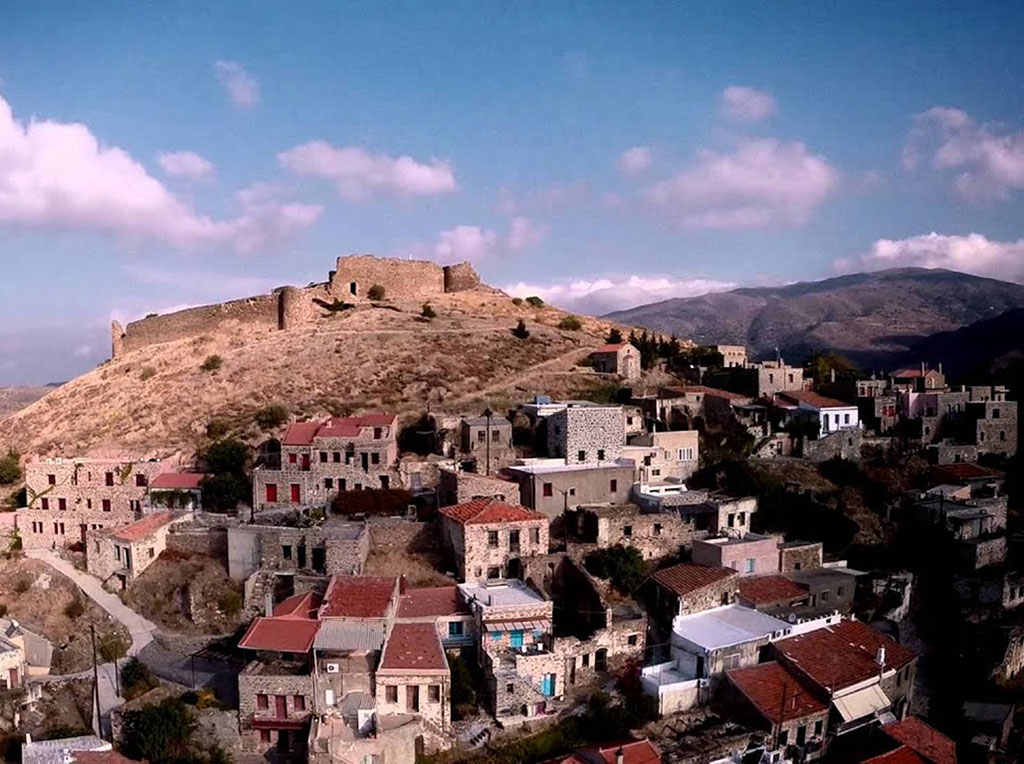 The traditional village of Volissos is built on the side of a tall and steep hill, at the top of which stands a medieval castle.
The Castle was built during the Byzantine period and according to tradition it is considered a project of General Velissarios (6th century), however based on research is most possible that its construction dates back to the 11th century during a period of general reorganisation of the island.
In the mid-15th century the Castle was restored by the Genoese.