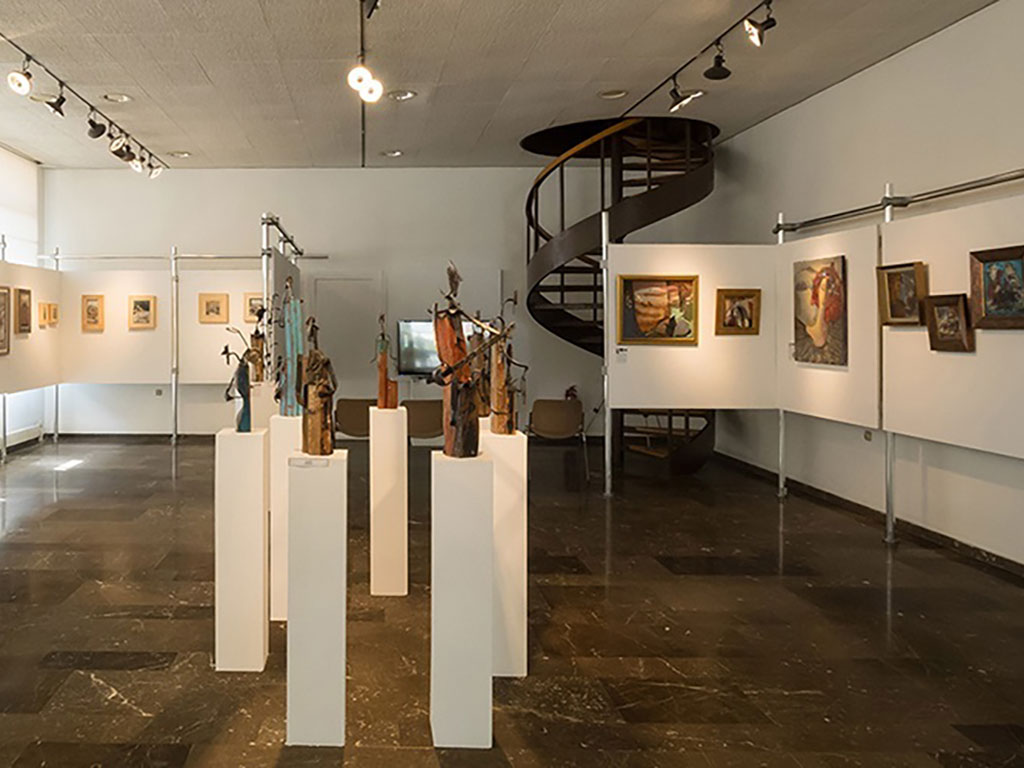 The Homerion Cultural Centre of Chios Municipality was founded in 1980 and became a legal entity in 1989. It is a building of multiple cultural uses and its existence is owed to the donation made to the Municipality of Chios by Michael and Stamatia Xylas in December, 1985. In the five floors of the Centre one can find an Auditorium with a capacity of 462 seats, a Conference Room (172 seats), two Galleries, Teaching and Rehearsal Rooms, a Board-room, a Refreshment Room, and a Library. The chief purpose of the Homerion Cultural Centre is the recognition and support of artistic and scientific trends which broaden the sensibility and the knowledge of the public and, at the same time, encourage it to seek quality in life. One of the Centre's aims, also, is the promotion of the cultural educational and scientific coordination between Chios and other cities. During the 1986-2004 period, a few thaousant events took place in the Centre - film screenings, lectures, theatrical performances, paintings and photography exhibitions, teaching courses, concerts and dancing performances. The services and the facilities of the centre are available to the associations of the whole country for any cultural event of non profiteering purpose. Since the beginning of 1989 various artistic workshops are operating in some of the Centre's facilities, where specialists are teaching Painting, Traditional Music, Theatre, Photography, Jewellery, Bookbinding, Mosaic Art and Ikons' painting.