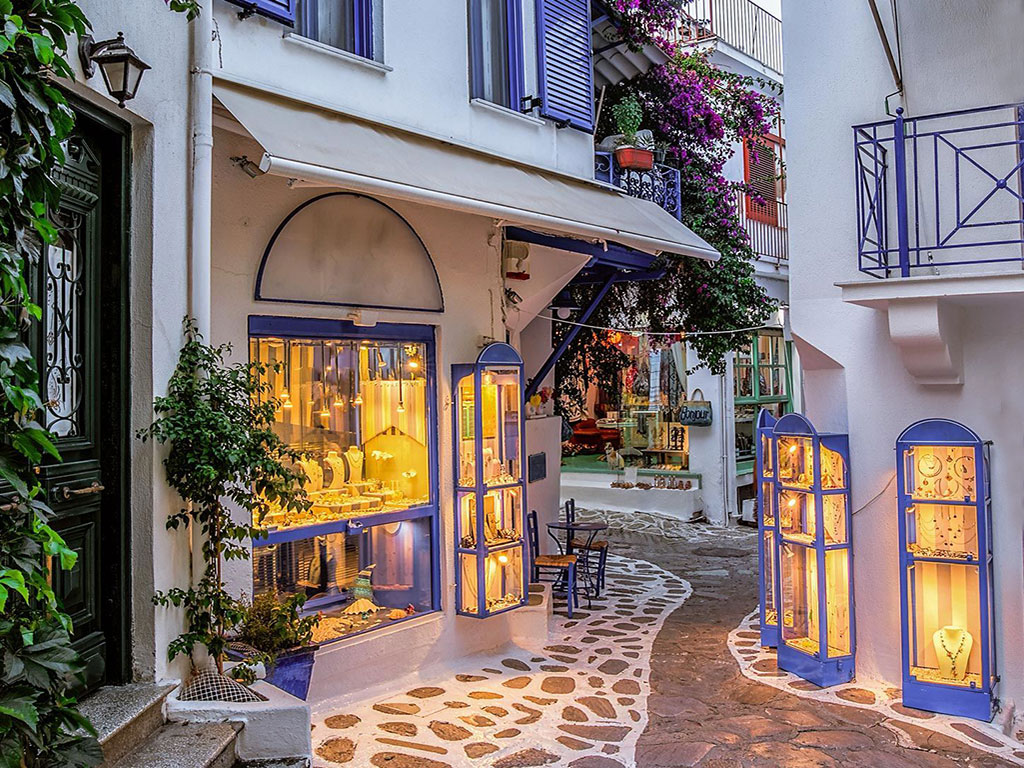 The only settlement on the island to the south east is none other than the Town of Skiathos where most of the activity is observed. It was built during the period 1829-1830 with houses laid out in amphitheater style on the site of the ancient city which was founded in 800 BC.

The central pedestrian precinct of Papadiamanti, filled with taverns and shops with local souvenirs on both sides, is the core of the city at least during the day, from where you will start your walk. With the house-museum of Alexandros Papadiamantis as your reference point get lost in its narrow streets and discover small treasures. However, the part of the Old Town, in the west and just above the Old Port is a reference point. Small, picturesque alleys and two-storey houses of traditional architecture have the leading role in the images you will see here, without this meaning that you will not come across restaurants and cafes. Don't forget to "climb" up until the clock, from where you will enjoy panoramic views of the town and the port of Skiathos.