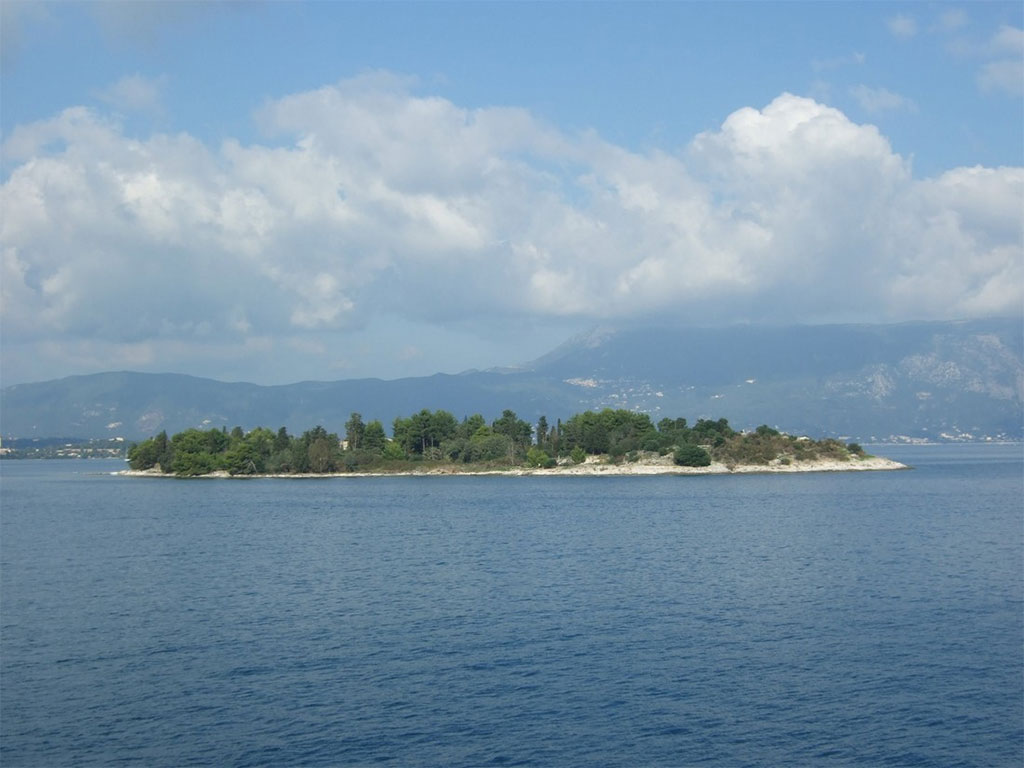 The Lazareto islet is located on the northeast side of Corfu town at a two miles distance, covers an area of 70,000 square meters and was granted the Municipality of Corfu by the Ministry of Development for 20 years ( R.N.: T/3960/26-10-1999). The island is a place of special beauty, with dense and varied vegetation, as well as of significant historical value. The name Lazareto (Lazzaretto) is a reminder of the fact that the island was used as a quarantine area during the Venetian rule in Corfu (early 16th century). In Venice on a small island called Nazaretum (on the island was the church of Santa Maria di Nazaret) a hospital for people infected by plague was built in 1413 , in order to minimize the disease. The name “Nazaretum” was paraphrased over the years and became “Lazaretto”. As a result all quarantine areas founded by the Venetians in Europe were called this way ( "Lazareto" islets are also found near Ithaca, Zakynthos and Crete). On Lazareto there are remains of buildings from almost every historical phase of the island. More specifically, preserved are the church of Agios Dimitrios, a church of great historical and architectural interest (though without a roof), a two-storey building of blocks, a part of the perimeter wall that was used for executions, and the cemetery of the about 200 executed men with marble crosses ( that replaced the older wooden ones) in two symmetrical formations. At first a monastery operated on the island in the years of the Venetian rule(early 16th century). Thereafter it was used as a quarantine area for about four centuries until the early 20th century. Because of the geographical position of Corfu,itsVenetian harbor was very important for shipping and trade ( this is why it was called "key" of the Adriatic) . Ships that arrived in Corfu and had on their trip visited countries where plague or another infectious disease had occurred , remained in Lazaretto for 40 days. If during this time there was no outbreak , they could reach the city port. In Corfu there were three officials responsible for health matters bearing the title of “Providers of the Board of Health”. Two of them were elected by the city council, while the third, who was Head of Quarantine, was appointed by the Health Authorities of Venice. On the island worked health workers , soldiers and religious servants, and there were also all necessary facilities. These facilities were renovated during the period of British rule and operated until the Union of the Ionian Islands. After that they were used sporadically, whenever there was need. During the Russo-Turkish period the Turks had installed a military hospital. During World War II, the Italian occupation forces created concentration camps for Greek patriots, members of the Resistance. 1946-1949. During the civil war Lazaretto was a an execution place for death row inmates, who were sentenced to death during a period of high tension. About 200 people were executed and buried in unmarked graves around the execution area. Based on civil status documents, that still exist in the Municipality of Corfu,a list of 112 executed men was provided. Therefore, the island has been declared a historic site. Since 1976, survivors and relatives of the executed convicts have been members of the "Lazareto"society, which rearranged the area and turned it into a place of historical memory.