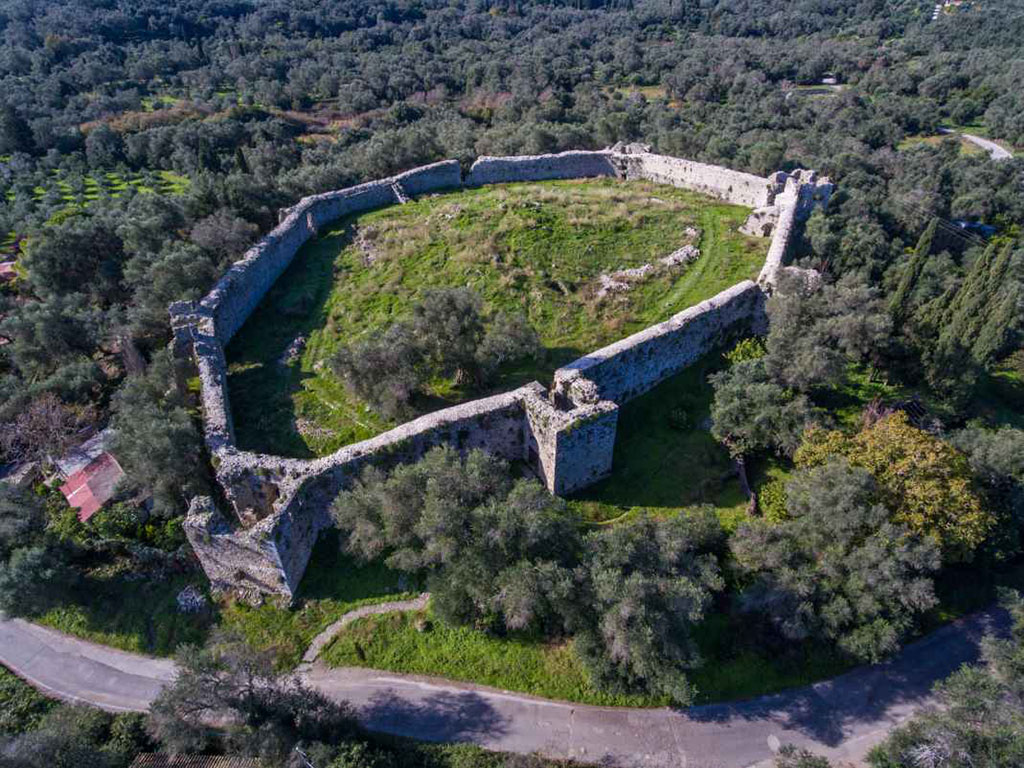 Between the villages Agios Matheos and Messonghi, on a hill, you can find Gardiki Castle, or perhaps the ruins of this Byzantine castle which in its heyday offered protection to the inhabitants of the surrounding areas from pirate raids.
Official evidence about its construction period does not exist but, it is considered almost certain that it was built in the beginning of the 13th century during the period where, the region was ruled by the lord of the Domain of Epirus, Michael I Komnenos.
The Gardiki Castle along with the Kassiopi Castle in the north-eastern part of the island and Aggelokastro in the north-west were a defensive triangle which ensured the protection of the island.
Gardiki Castle was an imposing mass with an octagonal shape and 8 two floored rectangular towers in radial arrangement from which the southern one was the most important. In this tower, remains of wall paintings were discovered and it is speculated that it was converted to a chapel. In the brickwork of the castle are embedded parts and materials of antiquities from the region. Gardiki Castle had two gates from which today the southern one is used.