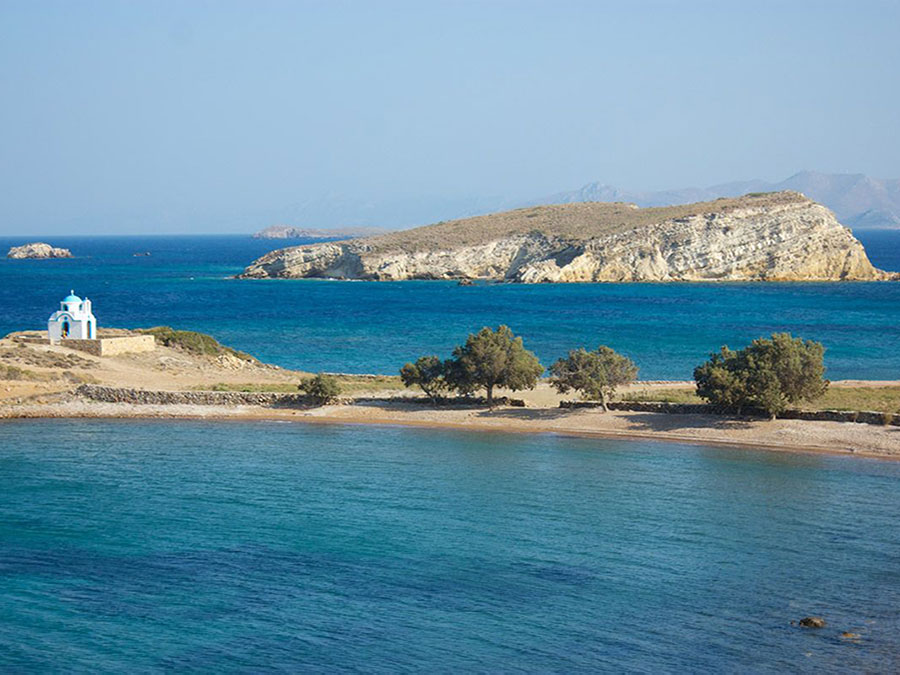 Lipsi is a group of islets in the Southeastern Aegean. They consist of a larger islet, Lipso, and about 30 smaller, scattered islets in the sea area between Patmos and Leros. The rocky islets Fragkos, Makronisi, Kalapodi, Pilavi, Lyra etc. in the north, Kouloura and Aspronisia in the east, Refoulia and Manoli in the northwestern and Leipso, which is the only one inhabited in the region, cover a total area of 19m2.

Only Lipso, the central insular volume, has an area of 15.8m2, a coastline of 35km and a maximum altitude of 277m at its northwestern part. Its soil has an even topography ending in strongly indented coastlines. A large and safe bay in the middle separates the islet in two parts, the northwestern and the southeastern. The Chora of the island is also located in its centre and stretches above its natural harbor. It is the seat of the Municipality and few houses are also found in Kouselio, Katsadia and Panagia tou Charou. The wild vegetation of Leipsoi involves pistacia plants and heathlands, while the croplands are mainly vineyards, olive trees and cereals. Although wild vegetation is not abundant, the islets of the group have a remarkable reserve of rare grasses and herbs like the Silene holzmanii that was recently found in the skerry of Trypiti, the Malcolmia flexuosa in eastern Aspronisi, Didesmus aegyptius in western Aspronisi that is a new reference species on the eastern Aegean and other species rare in Greece, such as Romulea tempskyana, Muscari macrocarpum and Garidella nigellastrum included in the IUCN List of Threatened Species. The group of islands surrounding Lipso as well as the rocky coasts of Lipso are regarded excellent habitants for hawk populations (Falcons), the Mediterranean seal (Monachus monachus) and the sea turtle (Caretta caretta). The central islet is also inhabited by species protected under the international Berne Convention, the native snakes of Rhodes and the Vipera xanthira.