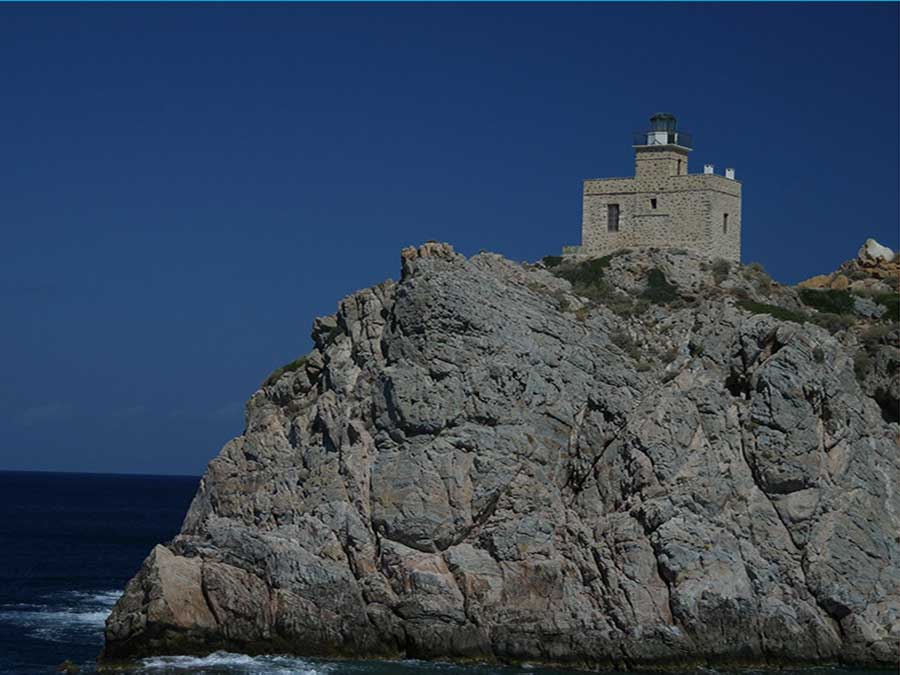 The lighthouse of Ios was built in 1888 by a French company. In the early twentieth century, the lighthouse fell victim to the elements and wartime damage. The elder tower was renovated in 2005 according to the original blueprints with funds provided by the local port authority. It was completed in 2006 and is open to visitors sporadically. Perched on the end of the western tip of the Ios port bay, offers spectacular views of the ocean and the church of Agia Irini across the bay. The structure consists of a square cylindrical stone tower with lantern and gallery, rising from a small 1-story stone keeper's house. The lighthouse is unpainted and the lantern painted white with a green dome. A description in the 1916 Mediterranean Pilot had the light on “a turret over a white hut” 108 feet (33 meters) above sea level. The walk to the lighthouse takes around 30 minutes and is best to visit at the beginning or end of the day.