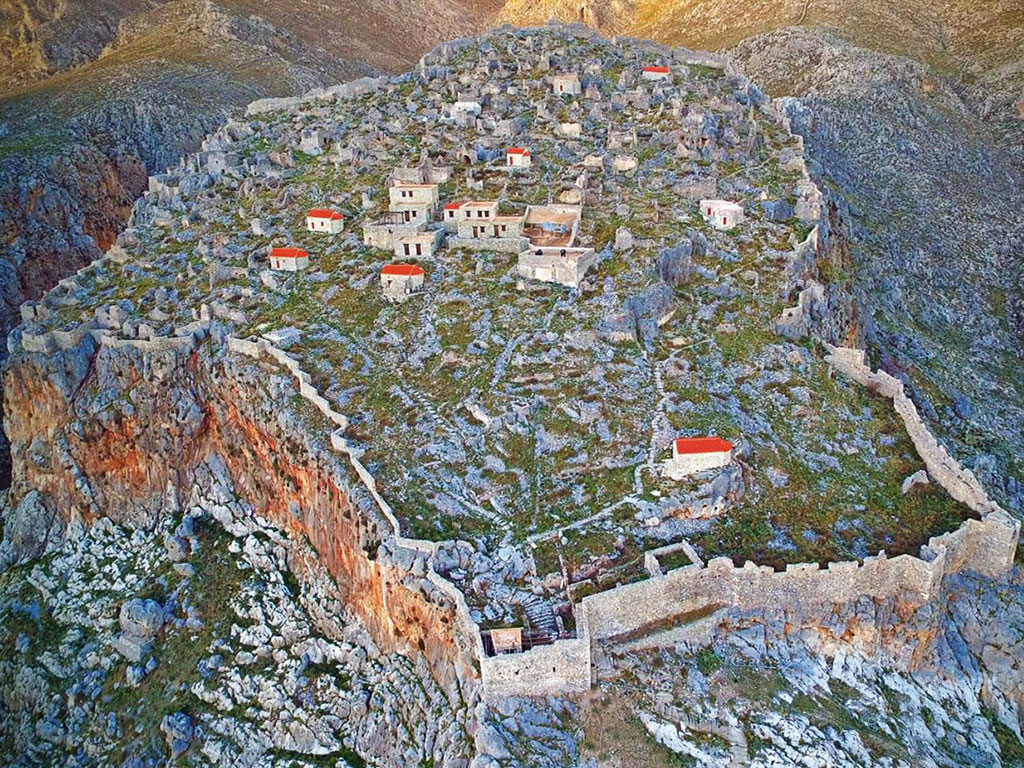 The Castle of Chora or Great Castle or Paleochora is one of the most famous attractions in Kalymnos. It spreads on the broad top of a steep hill, northeast of Pothia, at an altitude of 255 m. above sea level, in the place where ancient Pothia once resided. The castle was continuously inhabited until 1812 and it took its final form in 1495.
The castle of Chora was the main settlement of the island in the Middle Ages, including the Knighthood period. The oldest phase of the castle probably dates from the 10th-11th centuries. It is estimated that after its Hospitaller expansion it may have numbered about a thousand inhabitants. The main reason for its construction, were the pirate raids to the islands of the eastern Aegean. Later, in 1495, the knights of St. John (who occupied Dodecanese from 1309 to 1522) gave to the castle its final form. In the early 18th century, the reduction of pirate raids coupled to a rise in population led to its gradual abandonment.
Its walls encircle an area of 3 hectares. The castle is fortified on all sides and the walls are 6-7 meters in height, except the steep sides which are about 3 meters in height. There are two entrances: the main one on the southwest side and a smaller one, the "porteli" on the northwest side.  The main entrance was closed with a movable door-bridge which went up and down with the help of a chain, while the "porteli" was opened later, during the Turkish occupation. It contains a densely built medieval settlement consisting of mostly small houses, some single-storey and others with a second floor in ruinous condition. There are also ten small churches which are well preserved, most with post-Byzantine murals. 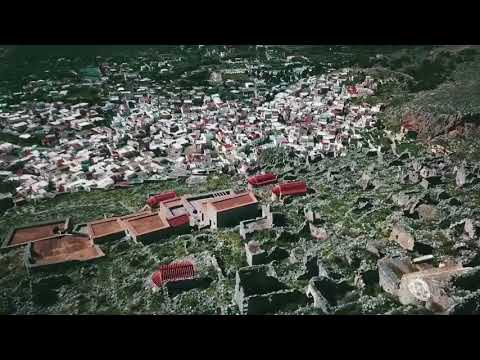