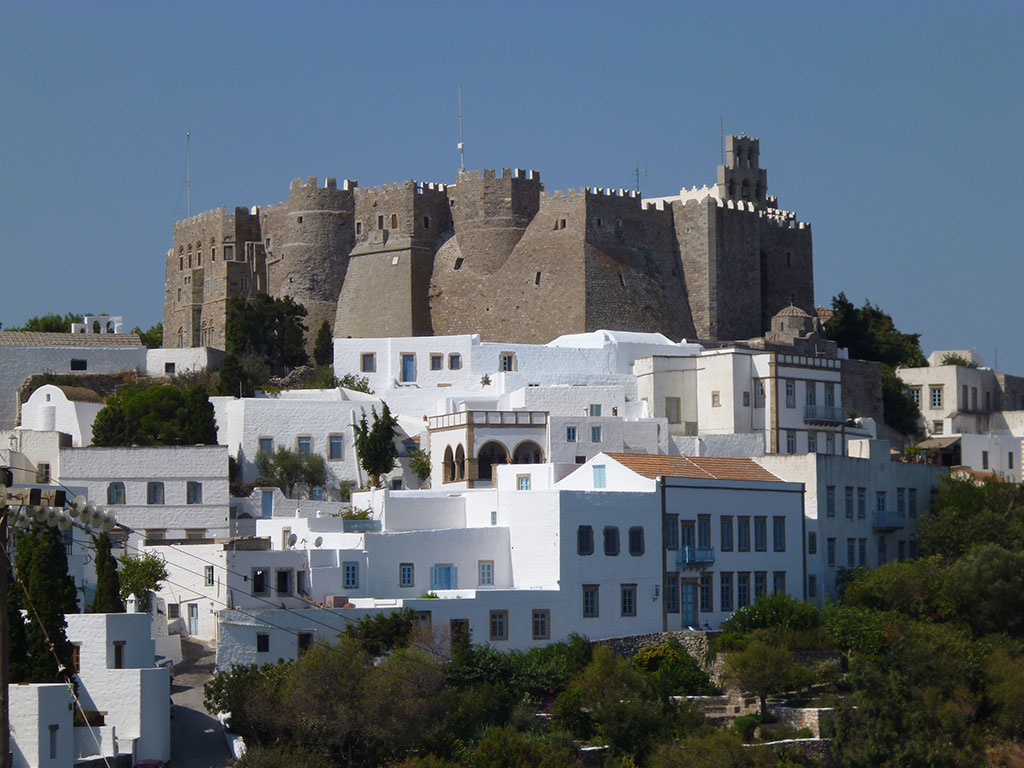 The famous monastery of St. John Theologos stands arrogant at the highest point on the island of Patmos. Built like a castle, when it is illuminated at night gives an even more mysterious atmosphere to Chora of Patmos. It was founded in 1088 by Saint Christodoulos, to whom it was donated the whole island by the Byzantine Emperor Alexios I. Komninos. In 1999 it was declared a listed World Heritage Site by UNESCO.

The monastery was built near the cave where St. John had the visions of the Apocalypse and in which it is believed by both the Catholic and the Orthodox Church, he wrote the Gospel and the Apocalypse. It is an important place for all spiritual people, who at the same time love the special atmosphere of Patmos and its culture. From the Byzantine period, the holy table and the cells of the monks are preserved, as well as the marble dining tables of the monks and many holy relics of Saints.

The cave of Apocalypse is located on the island, about halfway between Chora and the port of Skala. The voice of God, when dictating the Book of Revelation, was heard from a crevice in the rock in the cave and from there by three smaller crevices that symbolize the Holy Trinity. The Book of the Revelation consists of 22 chapters. It is a sacred book, which over the centuries has had a huge impact, both for its religious significance, as much as for its special literary value, because there is nothing equivalent in world literature.

In the monastery you can find functional objects, works of great value and utensils of educational and artistic importance, as well as antiquities of early Christian and classical times. The monastery has also a rich library and an important collection of relics.