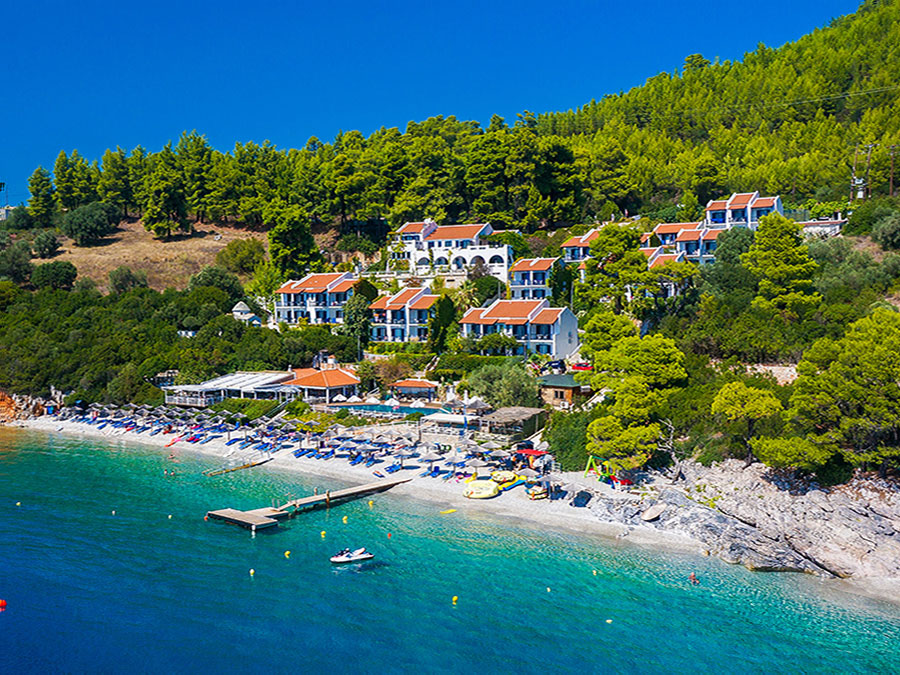 After Panormo are the Adrins, a series of small, quiet, pine-covered bays with pebbles and magical blue-green waters. Their name was taken by Adriana, a pirate woman who arrived at that point with her ship full of pirates, in order to conquer it. Her husbands did not manage to defeat the Skopelites, and when Adriana learned the bad news, she fell into the sea and drowned. Until recently access to these beaches was easy through a path, while next to them there is a larger organized beach, under the hotel Adrina Beach. But now above this second beach (the largest males are two beaches), a new five-star hotel has been built. Thus, free access to beaches is now through the hotels (where restaurants open to visitors) and the beaches are organized.