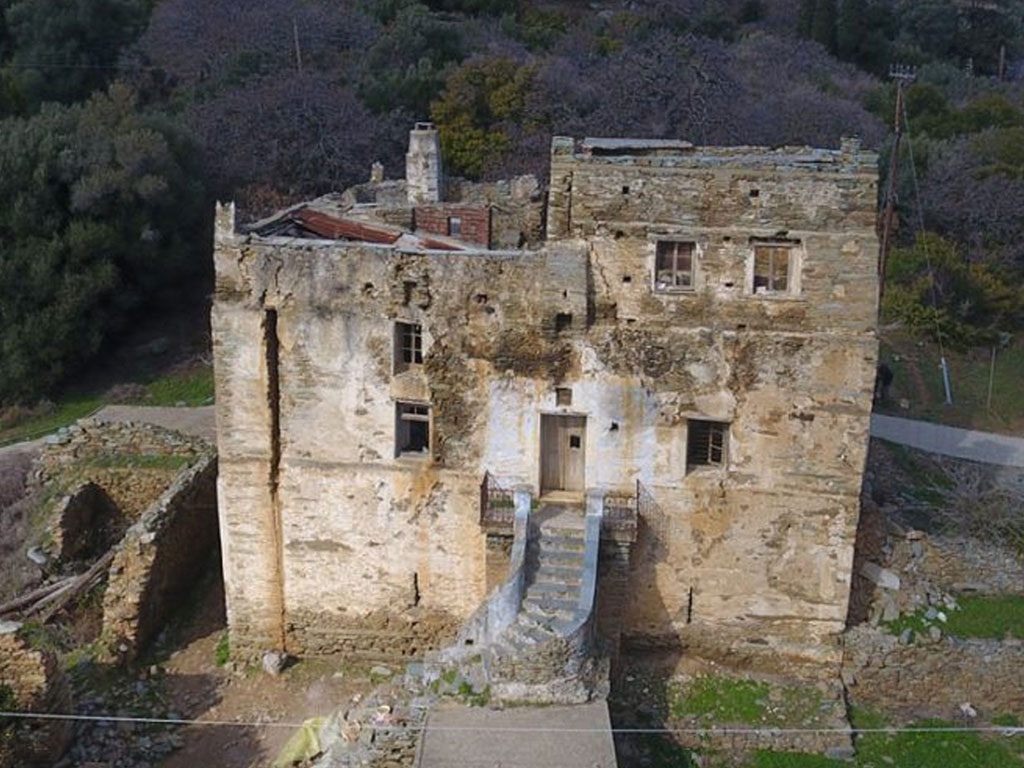 One of the special features of Andros island are the house-towers from the 17th - 19th century.
The oldest of them is the Tower of Bistis-Mouvelas. It was built in the 17th century by Stamatelos Bistis who had also the nickname “Mouvlelas” which means the representative of the Turkish Kadi.
In 1674, Andros was looted by pirates and after that, the rich were looking for safer locations in the interior of the island. So the tower was built after 1674 and certainly before 1696, as it is certain that Bistis was already living there.
The house was built over an older medieval tower from the 13th century. In the 19th century, two walls were added at the sides to support the building, thus increasing its volume.
The tower belongs since 2006 to the Municipality of Andros, but is totally neglected. Unfortunately, its condition is already beyond repair.
Source: Kastrologos