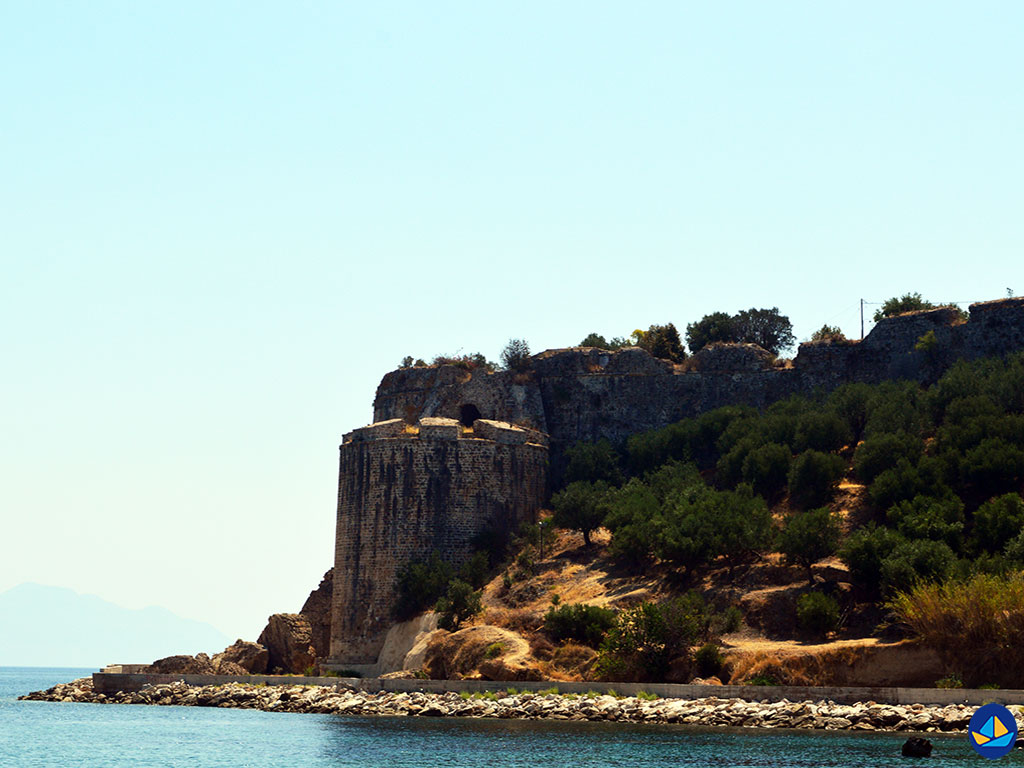 A castle with impressive fortifications at the southwestern end of Peloponnese which existed since the 7th century AD and was completed and reconstructed by the Venetians in the 13th century. The city flourished in the following centuries, but it was constantly in the middle of the long conflict between Venetians and Turks.
History
An ancient acropolis existed at the location of the castle since before the Trojan war. Its name was Aisini and it was one of the 7 cities offered by Agamemnon to Achilles to ease his anger according to Homer. In the 6th or 7th century AD, the Byzantines built a fortress there. As many castles in Peloponnese, the city became important and flourished after the 13th century and the Frankish occupation.
Following the fall of Constantinople to the Fourth Crusade in 1204, a Venetian fleet under Premarini and the son of Dandolo occupied it in 1206, and converted the port into a provisioning station “where all passing ships could receive a month's rations”, a custom maintained, we are told, when the place became a regular Venetian colony. Since 1205 Koroni belonged to the Frankish Principality of Achaea. In 1209, the ruler of Achaea Geoffroi de Villehardouin I had no choice than to cede officially the castle-city to the Venetians.
The Venetians made a major reconstruction and expansion of the castle which finished around the end of that century. The fortress and town were captured by the Ottoman troops of Sultan Bayezid II, who led personally the operation, in 1500. In 1532, the Habsburg emperor Charles V ordered the Genoese admiral Andrea Doria to attack Koroni as a diversion to the Turkish campaigns in Hungary. Doria managed to capture the city, and to lay waste to the surrounding coast.

In spring 1533, the Ottoman Emperor Suleiman the Magnificent sent 60 galleys to retake the city. They blockaded the harbour, but they were defeated by Doria, highlighting the weakness of the Ottoman Navy at that time. An Ottoman land army however was successful in laying a siege around the city, forcing its surrender on 1 April 1534. The weakened Spanish garrison was allowed to leave the city unharmed.
In 1685 the Venetians under general Morozini returned and stayed until 1715. But the golden age of the city was not revived. After that, Koroni remained under Turkish occupation. The fortress suffered serious damages after a heavy bombardment during the Orlof events in 1770. In the Greek revolution, the Greek fighters were unable to capture the city. Koroni was liberated in 1828 by the French General Nicolas Joseph Maison, after the battle of Navarino.
A couple of families still live in the castle today. There is also a nunnery.
Source: Kastrologos