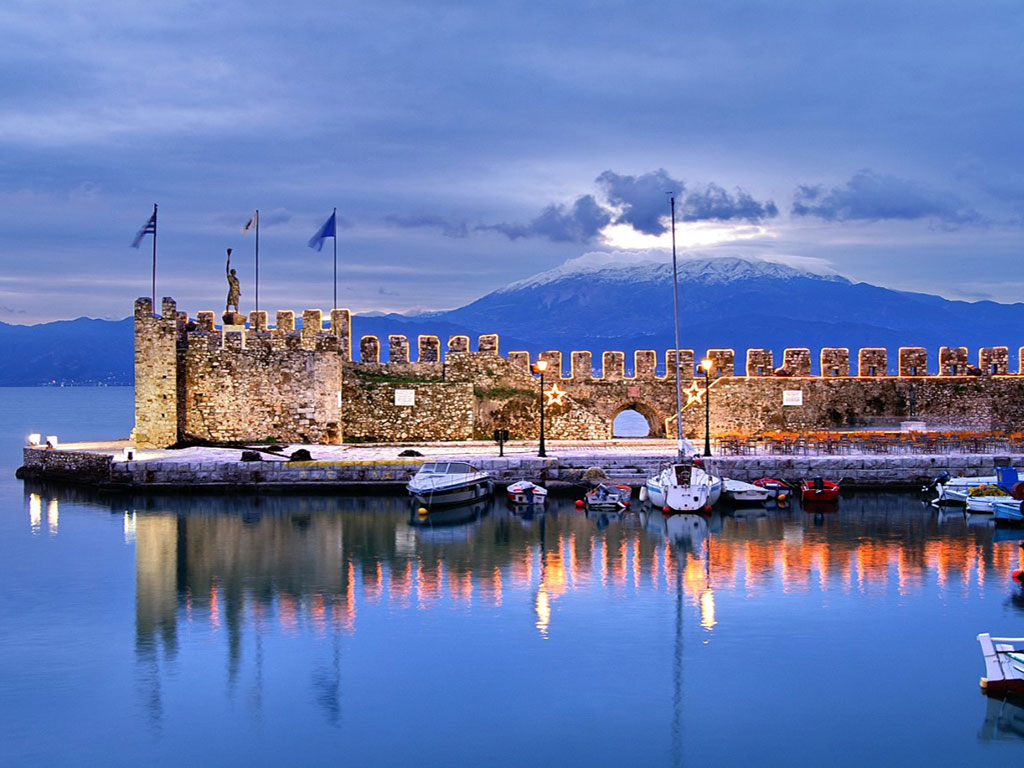 The well preserved Castle of Nafpaktos is one of the most beautiful castles in Greece. It proudly keeps watch on the city and the bay of Patras and its picturesque ramparts go down to enclose the little harbor.
History
Its fortification passed through many phases, as it was started in the ancient times, passed through the Venetian conquest and was completed by the Turks. The castle protected the people of Nafpaktos during wars and was unique for its five defensive walls, two of which were built going down to the sea and three walls were constructed at different levels on the hill between the maritime walls and the castle for maximum security. In periods of sieges, people would get into the castle to protect their lives from the enemies. Through its history, it has been a base for conquerors and pirates.
The Ozolian Locrians owned the castle at first, in the ancient times. At around 455 BC, the people of Athens sent the Messenian refugees there and made it their main naval station in western Greece during the Peloponnesian war. Two key battles took place and in 404 BC it was returned to the Locrians. In 191 BC, the castle was yielded to the Romans after much fighting. In the sixth century, it was partly ruined by an earthquake.
In the Middle Ages, it fell to the Venetians, who equipped it until the Turks got it in the fifteenth century. The entrance to the Gulf of Nafpaktos is the battle ground of one of the most important naval battles in history: the battle of Lepanto in 1571 , where the Ottoman Empire’s naval power was almost totally destroyed by the combined papal, Spanish, Habsburg and Venetian forces. After the end of the Greek Revolution War, the castle and the town of Nafpaktos became in 1829 part of Greece.
Source: Kastrologos 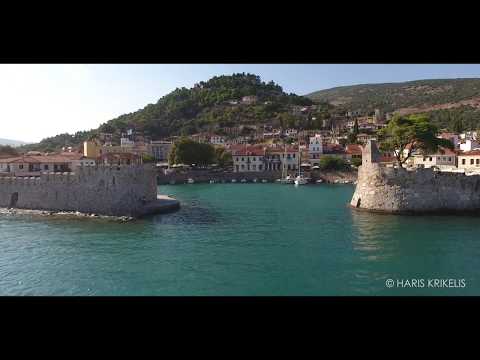