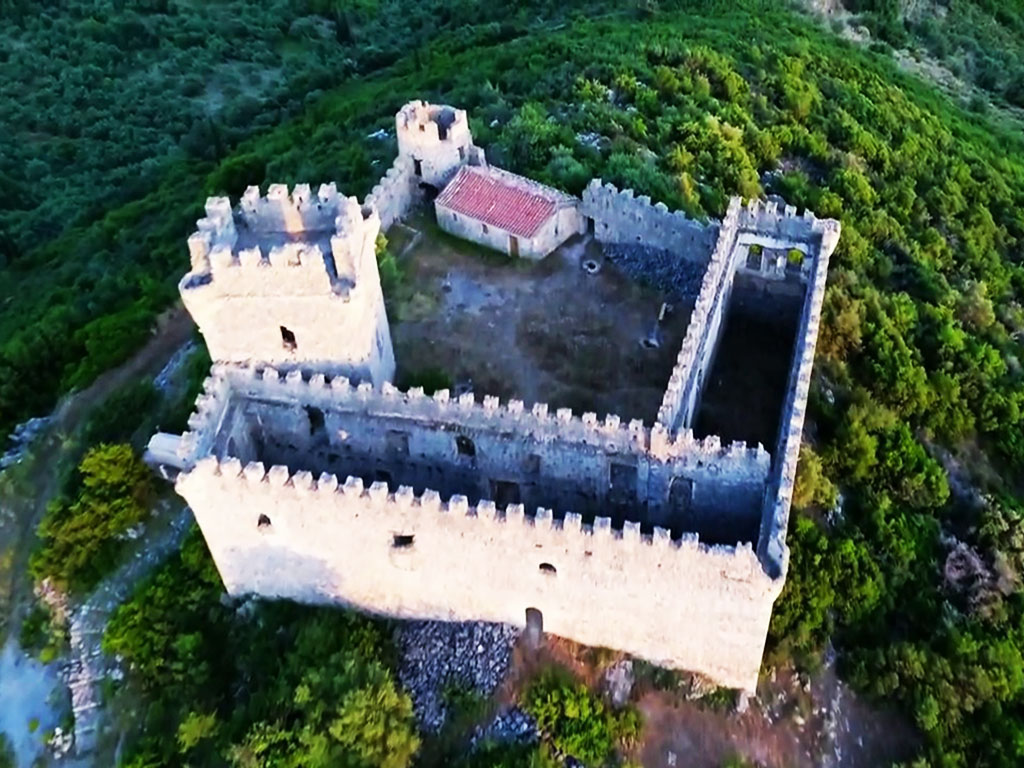 The tower, or "the Castle" of Kapetanakis is on a hill above the village of Charavgi. In a way, it represents a development of the typical tower of Mani. The complex, the castle and the hill, is also known as "Petrovouni" (meaning "rocky mountain").
The Tower belonged to the glorious family of Kapetanakides, whose members became leading figures as chieftains and shined at the Greek Revolution in 1821. It was built by Captain Georgakis Kapetanakis, probably in the late 18th century, which, as stated in his will, the rebuilt of the Tower was entirely completed at his own expense. 1795 is estimated to be a possible date of completion of the Tower of Kapetanakis, as it is indicated on the back of an image of the Prophet Elia.
The Tower has three floors. The entrance is from the east, where there is also an arched gateway. While entering the Tower, the visitor encounters a tomb, in which there is still visible a human skeleton. No reference exists as far as the dead is concerned, but probably it was a family member. On the right, there is the main tower, which offers panoramic view to the Messenian Bay. On the left, there is a circular tower and next to this you can see the church of the Prophet Elia, who must have been the private church of the family. The fortified enclosure of the Tower has over 100 turrets while at the three corners there are defensive towers. At the central precinct, visitors can distinguish the orifices of two water tanks, where they family used to collect the rainwater and use it for the irrigation of the entire complex.
Today the Tower of Kapetanakides is preserved in a relatively good condition, it is open to visitors and it constitutes one of the major attractions of the region. The family built also another important monument in the area, the Tower of Kapetanakides at Mills, a location near the coastal settlement Minor Mantinea. 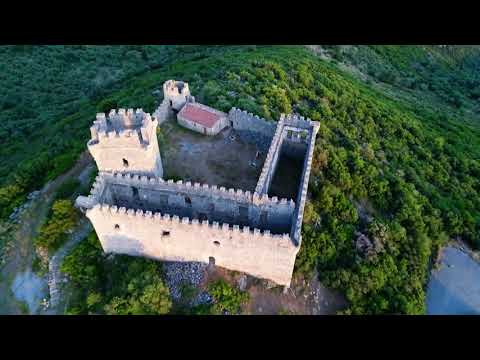