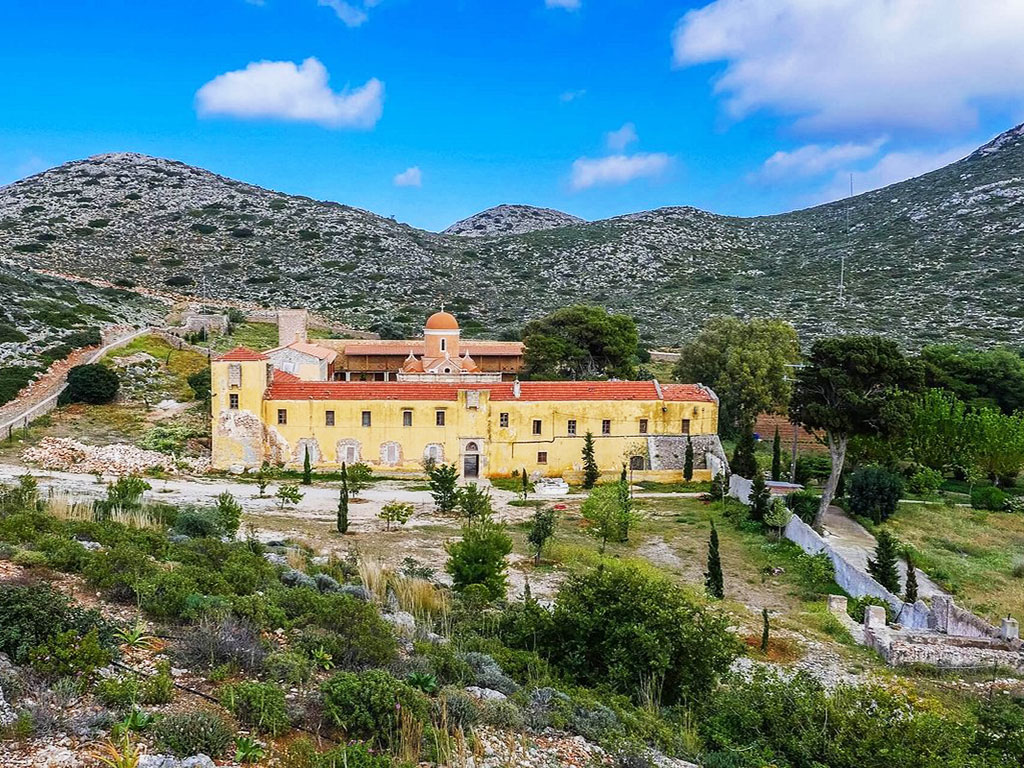 Gouverneto Monastery is one of the oldest monasteries on the island of Crete. The orthodox monastery was built in 1537 according to an engraved inscription at the entrance and flourished during the 16th century. It resembles to a Venetian castle with four towers on the four corners, however only two are preserved today but you can still see the remains of the other two in the courtyard. The monastic complex has 50 cells on two floors and a small museum with remarkable ecclesiastical icons of the 16th and the 17th century and precious relics. It also hosts two chapels, one devoted to Agioi Deka (Ten Holy Martyrs) and the other, to Agios Ioannis Xenos (St. John the Hermit), who is believed to be the founder of the monastery.  Saint John the Hermit died in the 11th century, in a cave inside the canyon of Avlaki.

Although the construction started during the Venetian era, it was completed two and half centuries later with special permission granted by the Turkish conquerors. The complex is formed of a rectangular precinct with the Catholicon in the middle of the inner yard. The church is dedicated to the Virgin and this is why Gouverneto Monastery is also known as Kyria ton Agelon (Lady of the Angels). The church has a cruciform shape with a single dome and its narthex is set at right angles to the central aisle. The most distinctive characteristic are the monsters carved in relief on the front of the church.  Around the church, are other buildings of the complex. Since 1620, it belongs to Agia Triada monastery. At that time Jeremias Tzagarolos undertook the restoration of it, however, the works were interrupted because of the invasion of the Ottomans.  Around 1637, the monastery was the largest in Crete with around 60 monks.

It is located on the the Akrotiri peninsula of the Chania regional unit, 5km north of the Agia Triada Monastery and 30 from the city of Chania. A path starting from the monastery leads to the old Monastery of Katholiko and to the cavernous church of St. John, where the hermit lived. The path ends in a narrow fjord with turquoise waters. A cave called Arkouditissa or Arkoudia, is also located in the vicinity. The monastery has strict dressing rules and opening hours.  It is officially closed on Wednesdays and Fridays and open 09:00 -12:00 and 17:00 - 19:00 on Mondays, Tuesdays and Thursdays and 09:00 - 11:00 and 17:00 - 20:00 on Saturdays and Sundays.