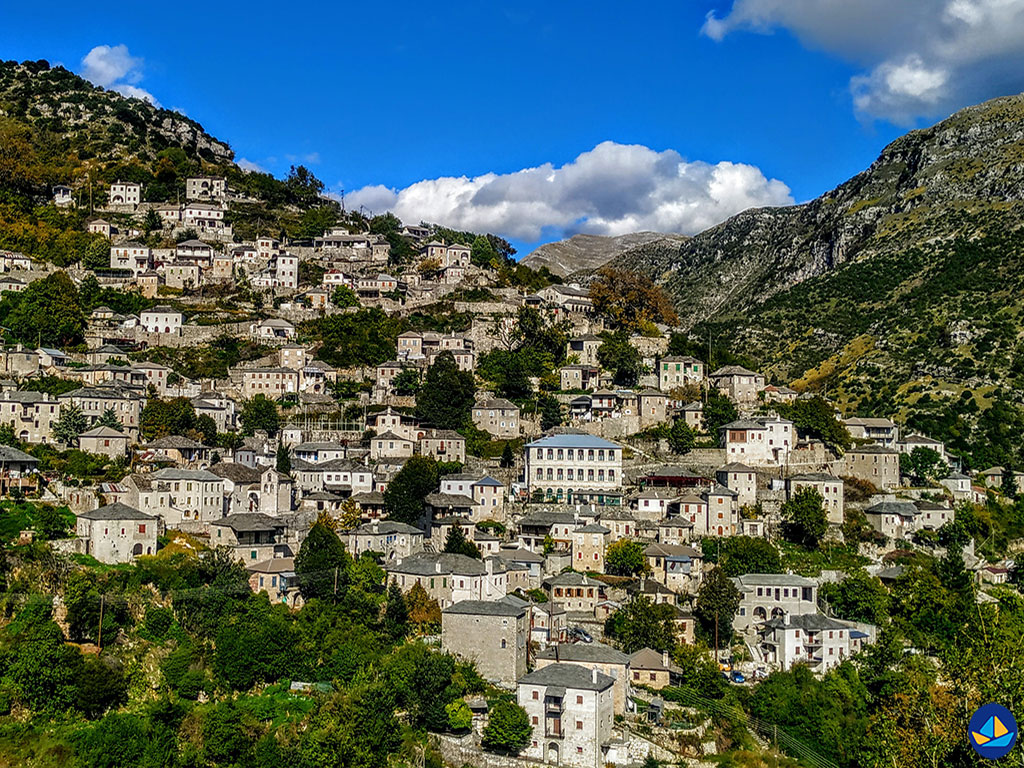 Syrrako is one of those villages you fall in love at first glance. Perched on the steep slopes of Mount Peristeri in the Pindus Mountain range, appears to hang onto the side of the mountain as if not human-made. There is a sense of all-pervading nostalgia that this village has endured over six centuries in such an isolated, pristine corner of the world. It is a fairytale village, amongst the most authentic and beautiful of the Athamanic Mountains that has retained intact the traditional architecture of Epirus. Stone fountains and bridges, watermills and picturesque winding cobbled alleys, all add to this wonderful setting. Together with the neighboring Kalarrytes they are the only villages that keep this architecture unchanged and both are declared to be traditional settlements.

Syrrako was built by Greek Vlach speakers in the 15th century, at an altitude of about 1200 meters. Around 1480 the village along with other villages in the area, went under the Ottoman domination but managed to secure a privileged tax treatment and some kind of autonomy. Therefore, the village began to experience great acne, attracting residents of neighboring villages who came and settled here. This resulted to a rapid population growth, counting more than 4000 inhabitants by the end of the 18th century.

The economy of Syrrako was based initially in cattle breeding and later in trading, industrial production of wool textiles and cattle products. The fabrics were used to make different clothes but the waterproof capes were what distinguished. In those years, Syrako merchants traveled to Europe, selling big quantities of their handmade famous wool capes to the biggest trade centers in the Mediterranean and Black Sea. Capes made in Syrrako were in great demand and according to tradition even Napoleon's army was supplied with a great amount of them. During that time the village developed immensely. The large manors and the three-storey school reveal the economic wealth and prosperity of that period.

Syrrako and Kalarrytes were the only villages of Epirus that took part in the Greek Revolution from the first years. During that period, the village was looted and burnt down by the Turks and the inhabitants abandoned it, trying to save their lives. The inhabitants returned in the year 1825 and rebuilt Syrrako. The village started to flourish again but soon trade experienced a major crisis due to the Industrial Revolution and the replacement of wool by other fibers. This hurt the local economy and many of the inhabitants moved to the lowlands and to Preveza. Thus, after World War II, gradually started the desolation of the place. However, in recent decades, many of the owners renovate their homes but unfortunately only a few return home.

Vehicles are not allowed in the center of the village. This gives visitors the chance to explore the narrow stony paths and marveling at the traditional stone architecture of the public and private buildings, such as the folklore museum, the library and the church of Agios Nikolaos with the wood-carved iconostasis, made by experienced craftsmen from neighboring Metsovo. The stone-built Statuary Square is dominated by the busts of the first Parliamentary Prime Minister Ioannis Kolettis and the poet Zalokostas as well as by memorials dedicated to the memory of those who fell in order to liberate Syrrako, on November 23rd, 1912. The village is accessed by a series of stone bridges and cobbled walkways: The first of these is named Pountea Nouaoua (New Bridge). A winding cobblestone path leads to the Fantanitsa fountain with its plane trees and delicate stonework. This fountain in turn leads to the second bridge, the Pountea Nik (old bridge) which spans the babbling Valea-mari brook. One of the most impressive, exquisitely constructed building in the village that survives to this day, is the Gkoura building. A real piece of art and a technological marvel of its time. It is square-shaped and features tall, wide matching arches on three of its sides. Its northern flank features three built-in stone spouts.

Near the village, is one of the most impressive and beautiful monasteries of Greece, the historic Kipina Monastery dating from 1212. Syrrako is separated from its twin village Kalarytes by the deep ravine of the river Chroussias, a tributary of the Arachthos. The two villages are connected with a narrow winding track that goes through a breathtaking countryside, a distance of some 5 km.

Syrrako is the birthplace of the poet Kostas Krystallis (1868-1894), Ioannis Kolettis (1774-1847), the first constitutional prime minister of Greece and George Zalokostas (1805-1858) poet and fighter of 1821. Today, the village offers many family hotels, traditional tavernas, numerous paths and amazing landscapes.

Syrrako is a popular tourist destination, all year round. It is located 446 km from Athens and 52 km southeast of Ioannina. Those who prefer a quick journey to Syrrako there are daily flights from Athens to Ioannina. Ioannina also has an International Airport with incoming flights from various parts of Europe and the UK. 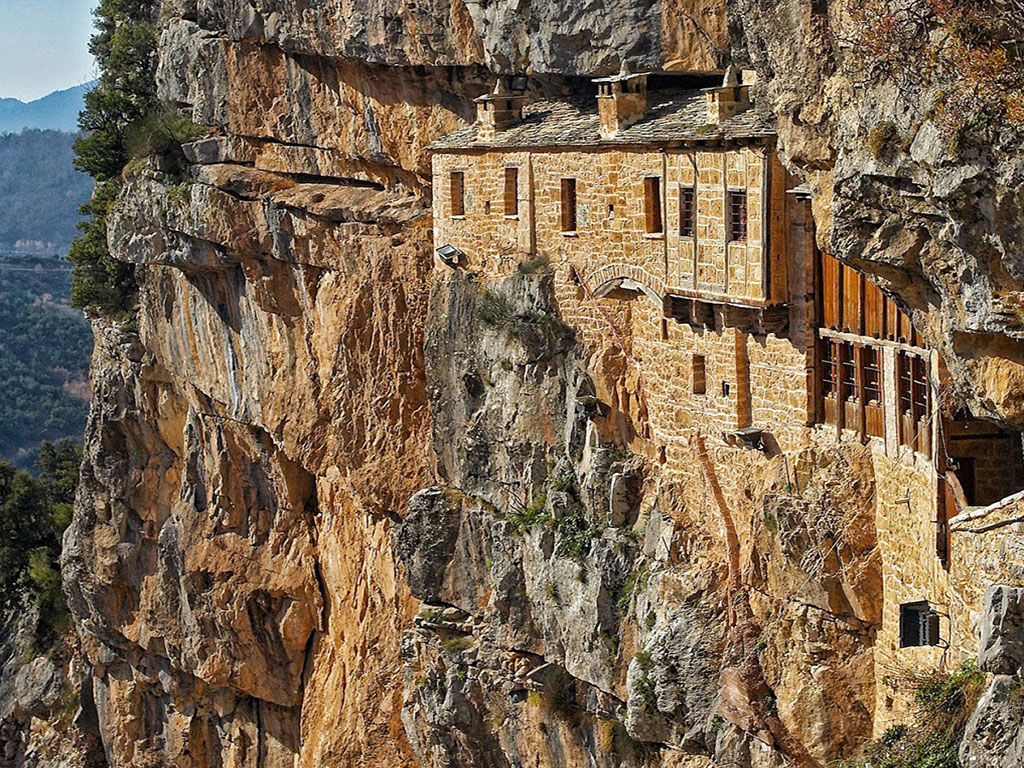 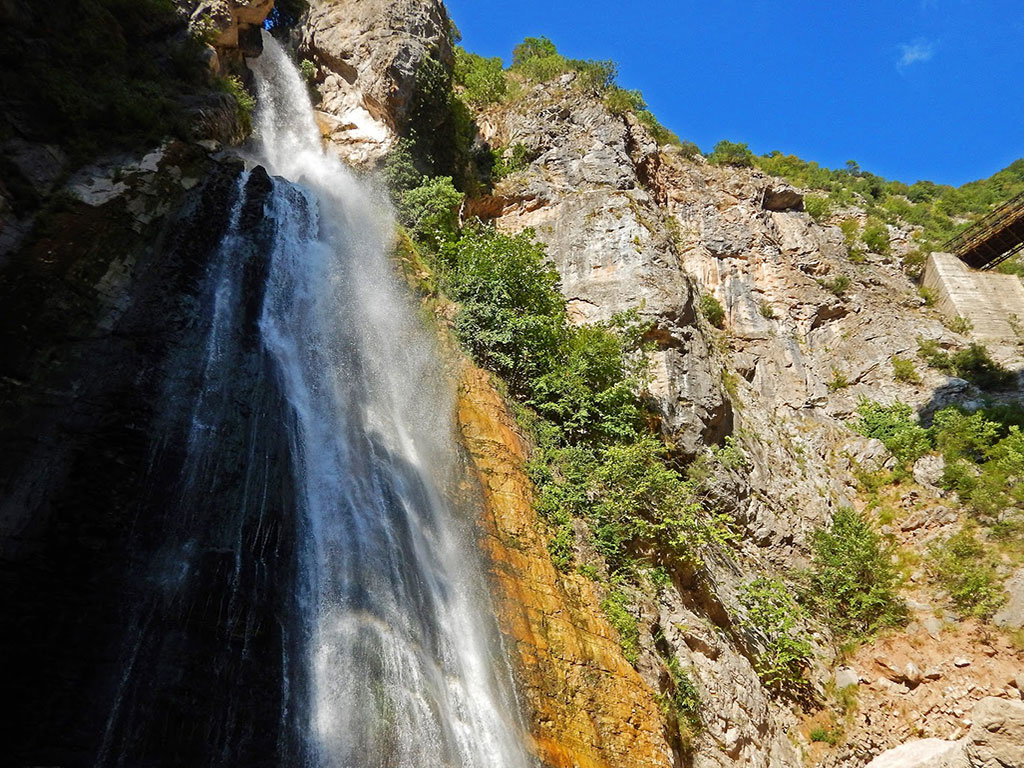 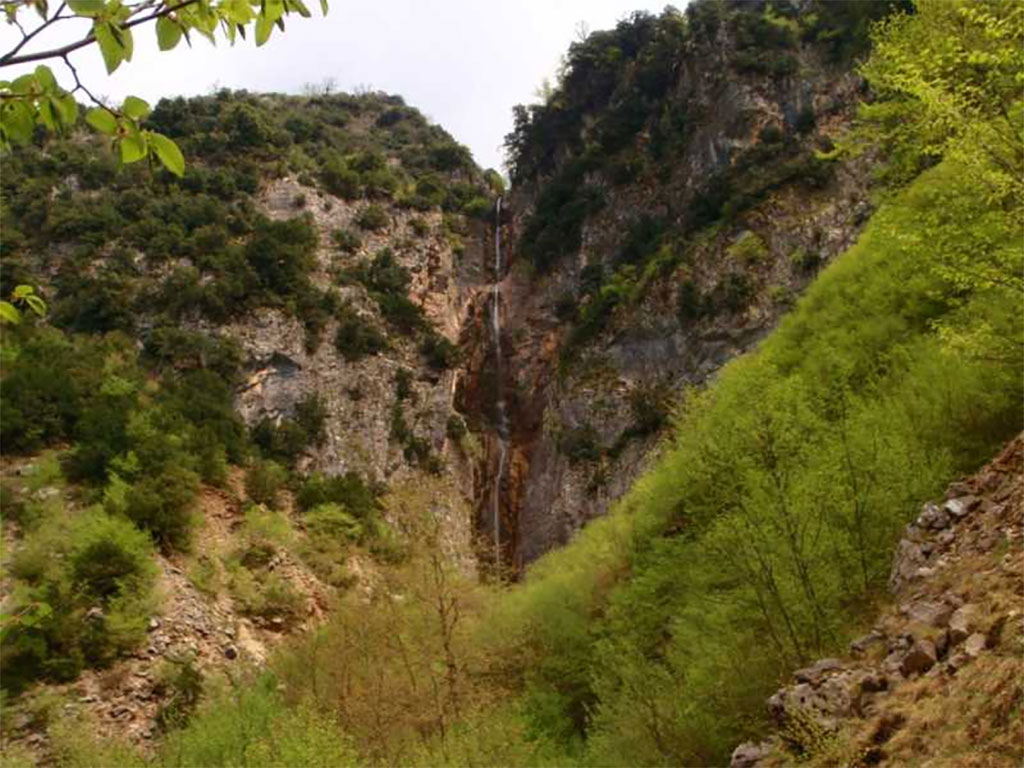