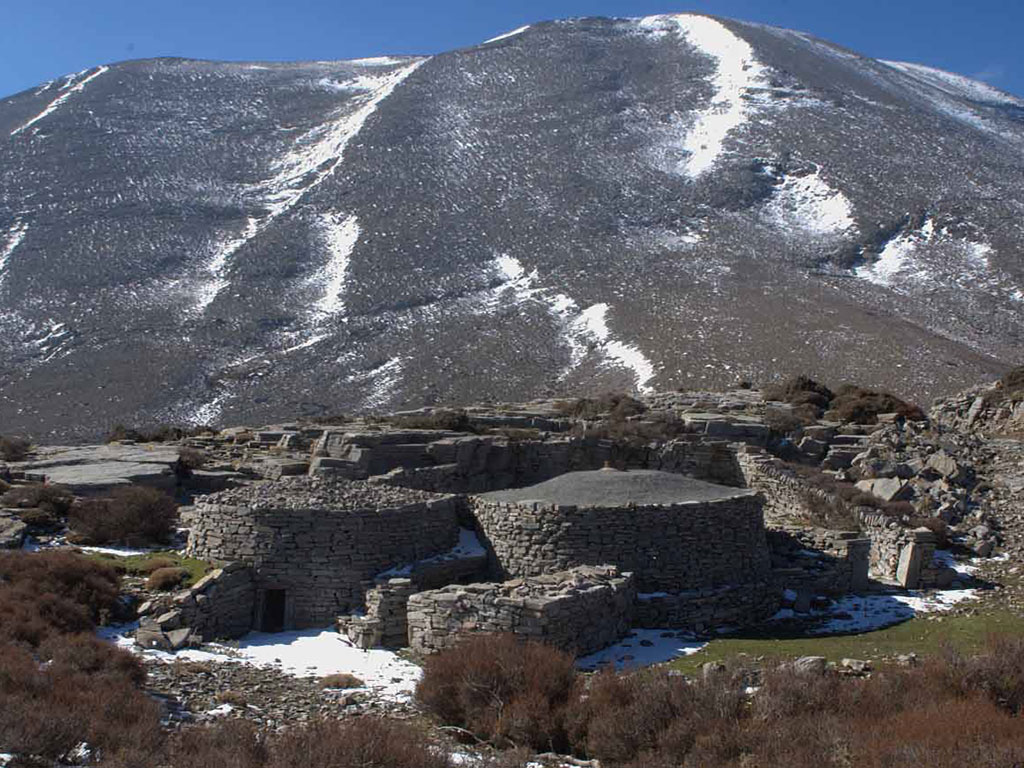 Due to its rich geodiversity, its beautiful scenery and its history and tradition, Psiloritis Natural Park was included, from its early foundation, at the European Geoparks Network, and later at the Global Geoparks Network by UNESCO.

Within the island of Crete, renowned for its culture and history, there is a place where the secrets of life and nature have been preserved for hundreds of centuries.

The highest mountain of the Island, “Ida” (or “Psiloritis”, as it is widely known on Crete), rose up through the sea few millions of years ago when tremendous forces within the Earth were unleashed as the African continent encroached on Europe.

Different types of Mediterranean rocks mixed together to create a unique environment within which life adapted and evolved. The combination of hundreds of plants and animals which live exclusively in these mountains has produced a region characterized by its great biodiversity.

Because of its unique natural history a part of the area participates in the Nature 2000 Network. From the spectacular beaches to the rocky mountain tops, special ecosystems and human civilization were established and both have had to keep adapting to developments in a ceaselessly changing landscape.

The Geopark includes the beautiful beaches of “Panormo”, “Fodele” and “Mbali” which are developed in schists and metamorphic rocks. These are characterised by their imposing coastal weathering and crystal clear waters.

The Geopark of Psiloritis is an excellent destination for geotourists and provides opportunities for both recreation and education.